Waseem Raza snared six wickets to set up J&K for a small chase of 41 on day four in Srinagar.

Jammu & Kashmir have beaten Tripura by eight wickets on the final day of their Elite Group C round three match in the 2018-19 Ranji Trophy in Srinagar for their first win of the tournament.

Heavy fog delayed the start of play on Friday to lift Tripura s hopes of escaping with a draw, but once the game resumed they added 125 to their total to set J&K a target of 41. The loss of Ian Dev Chauhan for a golden duck and Paras Sharma for 23 were minor hiccups as the hosts won by eight wickets.

The former Gujarat and India Under-19 wicketkeeper-batsman Smit Patel converted his overnight 71 to 112 and Pratyush Singh moved to 59 but once they were dismissed the innings gave way to 358. Waseem Raza snared six wickets to set up J&K for a small chase. 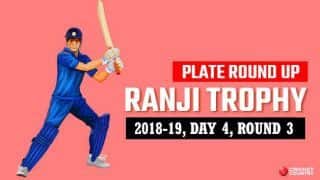 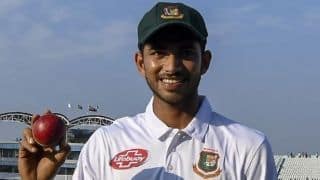