Baroda brushed aside Chhattisgarh by nine wickets in their Group A fixture of the 2018-19 Ranji Trophy on Saturday to secure six points.

Baroda brushed aside Chhattisgarh by nine wickets in their Group A fixture of the 2018-19 Ranji Trophy on Saturday to secure six points. Chhattisgarh were bowled out for 283 in their second innings, setting Baroda 28 runs to win. Captain Kedar Devdhar struck 25 off 13 deliveries to seal the win.

Resuming Day 3 on 174 for 4, behind Baroda by 82 runs, Chhattisgarh failed to get any momentum going and were hurt by lack of partnerships. No one from the middle order, barring Ajay Mandal and wicketkeeper Manoj Singh showed any form of resistance. Mandal and Singh added 61 runs for the seventh wicket after Chhattisgarh had lost overnight batsman Sanjeet Desai and Vishal Kushwah in quick succession to Lukman Meriwala, who was the pick of the Baroda bowlers finishing with 3 for 18. Yusuf Pathan, whose first-innings century had given Baroda a sizeable lead, also picked up two wickets, including the last scalp of Singh.

Needing 28 to win, Devdhar knocked off the runs inside four overs. Of the 13 deliveries he faced, Devdhar sent five for boundaries to bring Baroda on the verge of collecting a bonus point. But his partner Aditya Waghmore departed when the scores were tied. New batsman Vishnu Solanki walked out but could not face even a single delivery as Devdhar cracked the next delivery for his fifth four to give Baroda the game. 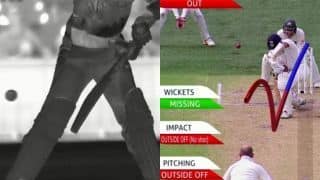 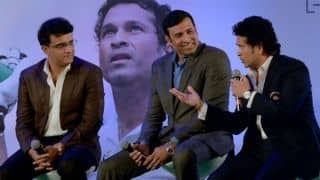