Uttarakhand stamped their in Plate group with their fourth straight win in the as many matches in 2018-19 Ranji Trophy by beating Arunachal Pradesh by an innings and 73 runs on day three of round four of the tournament at the D N Singha Stadium, Goalpara on Friday.

After posting a bundling out Arunachal for 105 in the first innings, Uttarakhand posted a mammoth 470/4d and then proceeded to dismiss the opposition for 292 runs in their second innings to claim their third seven point win of the season.

The win takes them to 27 points, thus reclaiming the top spot, which they had conceded to Meghalaya earlier in the day.

Starting day three with Arunachal at 98/2, still trailing Uttarakhand by a massive margin of 267 runs, there was no doubt that Uttarakhand would claim victory on the day, the question was when.

The moment came after a bit of wait as Arunachal s Kshitiz Sharma scored 118 off 256 to deny the inevitable. Sharma found support in opener Doria who scored 60. The duo added 103 runs for the third wicket. But once Doria departed, Arunachal went on to lose their last seven wickets for just 86 runs. Sharma was the last batsman to fall.

For Uttarakhand, Malolan Rangarajan and Mayank Mishra claimed four wickets each. In the first innings, Mishra had claimed 4/23 while Sunny Rana had picked 3/30. In batting, Kartik Joshi had slammed 208 off 308 balls while skipper Rajat Bhatia contributed with 152 off 142 balls. 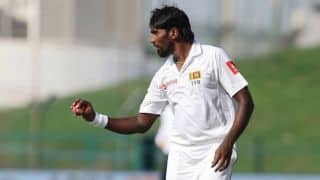 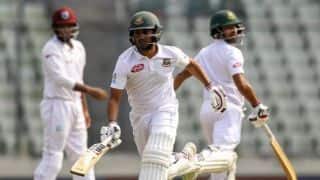