Off-spinner Tahmeed Rahman claimed hat-trick on day two of round five of Ranji Trophy 2018-19 season for Nagaland against Manipur, but that did not stop Manipur to take the pole position at Nagaland Cricket Stadium, Sovima on Friday.

On day one, Nagaland were shot down for 126 and in reply, Manipur managed 336 in their first dig, riding mainly on debutant Mayank Raghav s 228. Manipur took a lead of 210 runs and in reply, Nagaland batsmen stuck it out in the middle to finish the day at 150/4 with skipper Rongsen Jonathan scoring 59 while KB Pawan added an unbeaten 47.

Starting the day at 173/3, Manipur lost Priyojit Singh for 20 to Hokaito Zhimoni in the first session followed by the wicket of Syed Rahaman for 15 claimed by Imliwati Lemtur. Raghav, who started the day at 109 when hammer and tongs.

But Manipur were dealt a major blow when Nagaland off spinner Rahman claimed Samson Singh, Kabrambam Meitei and Nungleppam Singh off consecutive deliveries in the 77th over. bur Raghav got the company of No.10 batsman Thokchom Singh and added 62 runs – out of which Thokchom scored only 8 – and got to his double century. He went on to add 228 before becoming Rahman s fifth wicket of the innings.

In reply, Meitei sent back both the Nagaland openers in quicktime removing Nilesh Lochab for 0 and Sedezhalie Rupero or 1. Bishworjit Konthoujam then got rid of Zhimoni for 12 to leave Nagaland reeling at 23/3.

Skipper Jonathan then scored a quick fire 59 off 67 before falling to Konthoujam. But Pawan and Abrar Kazi steadied the Nagaland innings with an unbeaten stand of 56 runs at close of play on day two, trailing Manipur by 60 runs. 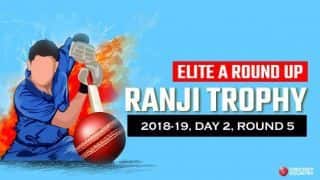 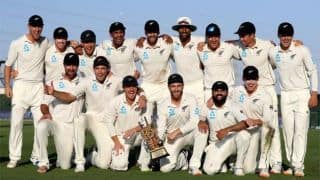