Rajasthan moved back to top spot in Group C of the 2018-19 Ranji Trophy with a ten-wicket win over hosts Goa at Porvorim, which is their sixth victory in eight matches.

The final day began with Goa on 199/5, trailing by 70 runs in their second innings. They got as far as 295, setting Rajasthan a target of 27 which the visitors knocked off in five overs.

Amit Verma moved from 84 overnight to 118 and there was little resistance from the lower order as Rahul Chahar (5/81) and Tanveer-ul-Haq (4/87) shared nine wickets. 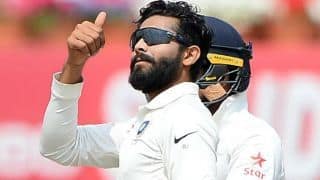