On a day when rain affected the proceedings twice, Victoria tightened their grip in Sheffield Shield final against New South Wales.

On a day when rain affected the proceedings twice, Victoria tightened their grip in Sheffield Shield final against New South Wales.

At stumps on Day 3, thanks to half-century from Will Pucovski (51) and handy knocks from Cameron White (36) and Matthew Short (26), Victoria ended at 207/7 with their overall lead extended to 375 runs.

The start of Day 3 was delayed due to rain and NSW struck early through Sean Abbott once the play resumed. He trapped Victoria captain Travis Dean on 25 before another rain interruption forced the players back to the dressing room.

Once the play resumed, Pucovksi and Seb Gotch put their heads together to fight the seaming conditions and take the score forward. They took the score past the 100-run mark and were separated when Harry Conway trapped Gotch on 20, breaking the 68-run partnership.

White and Short stitched the second significant partnership of Victoria’s innings, adding 56 runs for the fifth wicket. Steve O’keefe trapped White for his only wicket of the day. Conway removed Short three overs later for his second wicket.

James Pattinson (9*) and Peter Siddle (2*) were the two unbeaten batsmen when the bails were drawn. 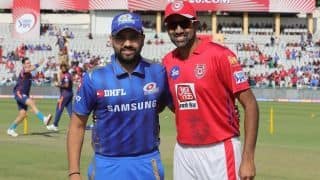