Azhar Ali and Babar Azam hit centuries on the second day of a three-day match against a South African Invitation XI at Willowmoore Park on Thursday in Pakistan‘s only warm-up match ahead of a Test series against South Africa.

Azhar made exactly 100 and Babar scored 104 not out before the Pakistanis declared on 306/7, just 12 runs behind the Invitation team’s first-innings total. The Invitation XI were 45 for one at the close, an overall lead of 57.

The Pakistanis were struggling at 112/5 before Azhar and Babar came together in a sixth-wicket partnership of 155.

Opening batsman Fakhar Zaman faced 40 balls and scored 19 runs in a comeback innings following a knee injury which he suffered in a limited-overs series after he made 94 and 66 on Test debut against Australia in Abu Dhabi in October.

Fakhar was bowled by fast bowler Thando Mnyaki, who took 3/45. Mnyaki sparked the Pakistani middle-order collapse when he bowled Shan Masood for 41 and had Haris Sohail caught behind for four. 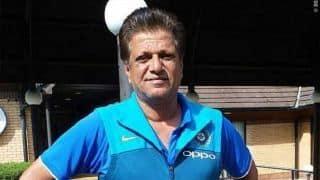 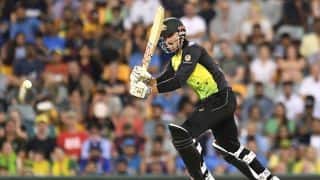