Sayan Ghosh and Ishan Porel shared seven wickets to bowl Bengal to a 26-run win against Chhattisgarh in a Syed Mushtaq Ali Trophy 2019 clash in Cuttack on Thursday.

After being put in to bat, Bengal posted 188/4 as Abhimanyu Easwaran top-scored with 59 off 41 while captain Manoj Tiwary hit a 27-ball 42.

Chhattisgarh began their chase well but lost their openers by the time Powerplay ended. Captain Harpreet Singh and Amandeep Khare stitched a 70-run partnership to keep them in the hunt. Post their dismissals, Chhattisgarh suffered a dramatic collapse as they lost six wickets for the addition of just 17 runs to finish at 162/9.

Harpreet continued his good form, hitting a third fifty of the season, scoring 54 off 36 with three fours and four sixes.

Needing 47 to win from 18 deliveries, Chhattisgarh only managed 20 runs and ended up losing five wickets for their third defeat of the season.

Porel accounted for both Chhattisgarh openers and the prized scalp of Harpreet to finish with 3/25. Ghosh took care of the middle order including three wickets in the same over to return top figures of 4/32.

Bengal next face Odisha in their final league match while Chhattisgarh will lock horns with Mizoram. 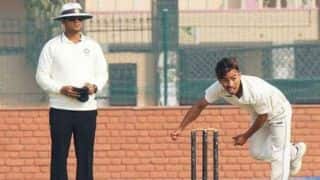 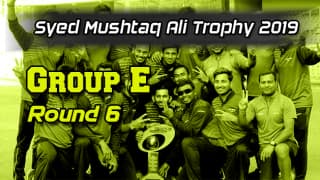