Chasing a total of 165 to win, Kaushal blasted 58 off 32 balls to put his team on course for a win

Uttarakhand opener Karn Veer Kaushal, who had become the first player to score a double century in the Vijay Hazare Trophy, starred in his team s maiden T20 win as Uttarakhand got the better of Services in Round 1 of the Syed Mushtaq Ali Trophy 2019 Group E match at the Palam B Stadium, New Delhi on Thursday.

Chasing a total of 165 to win, Kaushal blasted 58 off 32 balls to put his team on course for a win, but Vikas Yadav s stellar spell of 4-0-9-5 threatened to derail Uttarakhand, before No.7 batsman and opening bowler Girish Rauturi clobbered 49 off 27 balls to help his team win by three wickets and one ball remaining.

Kuashal and skipper Rajat Bhatia (20) had added 72 runs for the first wicket in just 7.5 overs, but Kuashal s wicket – by Vikas Yadav – triggered a collapse that saw, Uttarakhand lose their next four wickets for just 28 runs. Wicketkeeper batsman Shivam Khurana (13) and Rauturi arrested the slide with a 38-run stand for the sixth wicket, before Khurana was send packing by Sachidanand Pandey.

Rauturi though stepped up and took Uttarakhand close to the target before falling in the final over, with his team needing three runs to win, which Himanshu Bisht (10*) and Sunny Kashyap (1*) got with one ball remaining.

Earlier, Services, after opting to bat first were buoyed by opener Nakul Verma s 48 and skipper Rajat Paliwal s 54 and went on to post 164/5. Rahul Singh made 27 while Vikas Hathwala scored 18.

For Uttarakhand, Sunny Rana, Bisht, Bhatia and Kashyap picked one wicket each. 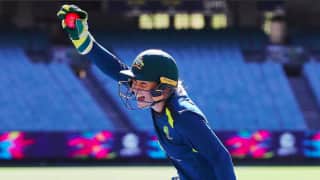 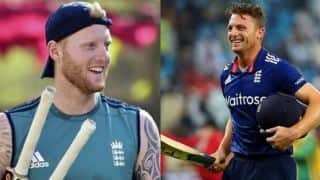