Uttarakhand sailed to their second straight win of the ongoing Syed Mushtaq Ali Trophy 2019 as they beat Baroda by seven wickets on Friday.

Uttarakhand sailed to their second straight win of the ongoing Syed Mushtaq Ali Trophy 2019 as they beat Baroda by seven wickets on Friday.

Vaibhav Singh top-scored with an unbeaten 49 while Saurabh Rawat made 41 as for Uttarakhand chased down 153 in 19 overs.

Captain Rajat Bhatia led a positive start hitting two fours but Rishi Arothe bowled him in the fifth over, sending him back for 12. Karn Veer Kaushal got the start but was run out for 25 having hit four fours and a six.

Those two wickets proved to be a blip in an otherwise comfortable chase as Saurabh and Vaibhav added 64 runs to take the score past 100-run mark. Swapnil Singh bowled Saurabh in the 15th over with Uttarakhand still needing 46 runs from 34 deliveries.

They wiped off the target through Vaibhav who hit three fours and two sixes and Vijay Sharma who remained unbeaten on 17 off 15.

Baroda captain Kedar Devdhar scored a brisk fifty after opting to bat at the Palam A Stadium in Delhi after losing his opening partner Vishnu Solanki (3) early.

Devdhar was out in the 15th over for 61 off 49 with the help of eight fours and it took an attacking 47* off 32 from Yusuf Pathan to push them to a decent total. 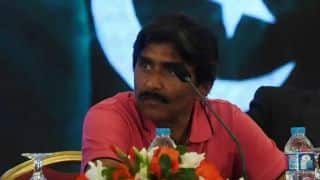 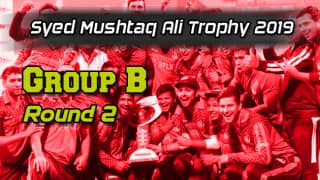