Maharashtra ended Uttarakhand‘s unbeaten start to the Syed Mushtaq Ali Trophy 2019 with a crushing 10-wicket win in their round five clash of group D in Delhi on Wednesday.

High on confidence on the back of their successive four wins in maiden season, Uttarakhand batting fell flat at the Palam B Stadium against the bowling Satyajeet Bachhav (4/18) to be skittled for 89 in 18.1 overs after being put in to bat.

Maharashtra openers, without dropping a sweat, raced to the winning target, chasing down 90 in just 8.2 overs. Captain Rahul Tripathi scored an aggressive 51 off 28 with nine fours and a six alongside Ruturaj Gaikwad who scored 28 off 22 with two fours and one six.

After winning the toss, Maharashtra Vishal Gite vindicated his captain’s call to bowl first by getting rid of dangemran Karn Veer Kaushal (1) and Saurabh Rawat (1) in successive overs.

Captain Rajat Bhatia fought, got the start, but fell in the ninth over for a run-a-ball 28. The middle-order duo of Vaibhav Singh and Vijay Sharma tried resurrecting the innings but then Bachhav ran through their batting order.

He first removed Vaibhav (25) before taking a return catch to send back Shivam Khurana for a two-ball duck in an over. He added two more scalps with another double-wicket over pinning Sunny Kashyap (3) and Sunny Rana (0) in front in the 15th over.

Uttarakhand also endured two run-outs the second of which signalled the end of their innings.

Maharashtra batsmen gave a rollicking star, racing to 56/0 in five overs. It was a forgettable day in the field for Uttarakhand as they gave away 11 extras all of them wides helping their opponents an easy pathway to victory. 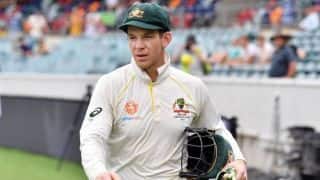 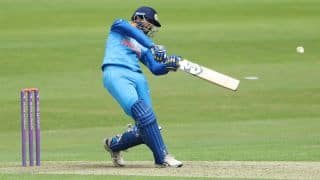