Shalabh Srivastava starred with the bat for Vidarbha helping his team post 161/6 before the bowlers led by Yash Thakur restricted Meghalaya to 129/4.

Reigning Ranji Trophy and Iran Cup champions, Vidarbha, claimed their fourth straight win in Group B of the Syed Mushtaq Ali Trophy 2019 Round 5 match against Meghalaya at the Lalabhai Contractor Stadium, Surat on Wednesday.

Shalabh Srivastava starred with the bat for Vidarbha helping his team post 161/6 before the bowlers led by Yash Thakur restricted Meghalaya to 129/4.

After being put in to bat, Vidarbha lost opener Atharva Taide early to Akash Chowdhary for four in the second over. Jitesh Sharma and Shrivastava added 45 runs for the second wicket before Jitesh was castled by Aditya Singhania for 17. Shrivastava found support in skipper Faiz Fazal, as the duo added 46 runs for the third wicket.

Srivastava was the third wicket to fall taken by Raj Raju Biswa. Vidarbha had a brief slump when they lost three wicket for just 18 runs including the wickets of Fazal and Akshay Karnewar, but a 14-ball unbeaten 38 by Rushabh Rathod propelled Vidarbha s score past the 150-run mark.

In reply, Rajneesh Gurbani and Thakur jolted Meghalaya early with the wickets of Jason Lamare (5) and Puneet Bisht (9), respectively. Biswa was the third wicket to fall for 19 taken by Thakur, followed by the wicket of Yogesh Nagar for 10 by Akshay Wakahare. But Gurinder Singh and Swarajeet Das batted well to add 79 runs of the fifth wicket, taking their team to 129/4 in 20 overs. Gurinder remained unbeaten on 56 off 37 balls while Das made 16 not out off 25 balls. 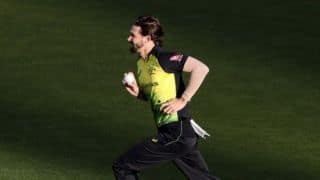 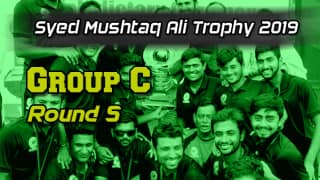