It was TP’s second win in five matches, which keeps them in contention for a playoff spot.

Siva’s unbeaten innings was also his best in the league improving upon his 84 not out for Dindigul Dragons against Madurai Super Giants in 2016, which came at the same ground. The 35-year-old captain’s brilliance helped TP collect 113 runs in the last 10 overs after they struggled to 62-4 in the first half. He was also involved in a 113-run unbroken alliance off 59 balls with A Venkatesh

The last two overs were the most productive for TP as 40 runs came off it. Siva went berserk in the 19th over bowled by fast bowler Sunil Sam, carting three sixes and two boundaries. It was the most expensive over of the season with 28 runs coming off it. It was also the second most expensive over in TNPL history behind iDKK left-arm spinner S Mohan Prasath’s 32 runs conceded against Dindigul Dragons in his last

over (4-0-50-0) at the India Cements Limited-Sankar Nagar ground in Tirunelveli last year.

iDKK hopes of overhauling TP’s total rested on their captain Aniruda Srikkanth (5 off 10 balls) but he chased a wide Athisayaraj Davidson delivery to present a tame catch to third man. With their top batsman out in the 3rd over, iDKK’s chances reduced dramatically as they struggled to 22-2 at the Powerplay. It was the second lowest Powerplay score of the league and the lowest of the season. The lowest Powerplay

score of 19-2 is by the same team against the same opponent at the ICL-Sankar Nagar ground in 2016.

Opener Laxmesha Surya Prakash (31 off 30 balls, 3 fours, 1 six), Rajhamany Srinivasan (21 off 19 balls) and RD Ashwin Kumar (30 not out off 14 balls, 3 fours, 2 sixes) helped iDKK go past the hundred-mark but did not have any impact on the outcome of the match.

Earlier, Siva’s decision to bat first appeared to have gone awry as both TP openers Murugan Kamalesh (2) and Akshay Srinivasan (9) were back in the pavilion by the fourth over with just 16 runs on the board. Left-hander Nidhish Rajagopal (34 off 28 balls, 6 fours) steadied the ship before he pulled a short ball from medium-pacer R Rajkumar straight into deep midwicket’s hands. It brought Siva to the crease and

thereafter it was Tuti Patriots all the way.

The only opportunity to break the Siva-Venkatesh alliance came iDKK’s way in the 17th over when Venkatesh mistimed a pull shot off pacer RD Ashwin Kumar but Aniruda running backwards from mid-wicket spilled it. The batsman was 27 and TP score 112-4. 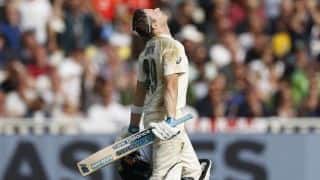 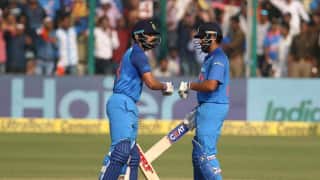