Not one wicket fell on Friday despite 90 overs being bowled.

A magnificent unbeaten double-century by captain Jason Holder and a calm, supporting century from Shane Dowrich put the West Indies in total control after three days of the first Test against England at Kensington Oval on Friday.

Building on an already considerable first-innings lead of 212 after Holder chose not to enforce the follow-on on the second evening, the skipper himself led the way with a commanding 202 not out, dominating an unbroken seventh-wicket partnership of 295 with Dowrich, who was on 116 when the second innings declaration came in the final session with the West Indies at 415/6.  (FULL SCORECARD: WEST INDIES vs ENGLAND, 1st TEST)

Set the virtually impossible task of getting 628 for victory, or less impossibly, batting a little more than two days to save the match, England openers Rory Burns and Keaton Jennings negotiated 20 overs to the close of play and will resume on the fourth morning with the tourists at 56 without loss.

Not one wicket fell on Friday despite 90 overs being bowled.

Although they were again hugely outnumbered by the hordes of English supporters, this was a day of even more celebration for the locals, coming as it did a day after another Barbadian cricketing hero, fast bowler Kemar Roach, had led the demolition of England’s first innings with a five-wicket haul as they folded for just 77.

Holder and Dowrich coped comfortably with everything England’s bowlers challenged them with, including the second new ball which was taken as soon as it became available in mid-afternoon. If anything it assisted in accelerating the scoring as the hard-hitting captain tore into a tiring, dispirited attack. He brought up his third Test century and second against England with a straight six off expensive leg-spinner Adil Rashid after lunch.

At the other end Dowrich, also in pursuit of a third Test hundred, played the patience game while Holder tore into all bowlers.  By the time the diminutive right-hander cut off-spinner Moeen Ali for four to reach the coveted landmark his partner had a first Test double-century well within his sights.

James Anderson and Ben Stokes were again the leaders of the England attack but the lack of support from an effective third seamer again exposed the folly of omitting Stuart Broad, a man with 433 wickets from 134 Tests, in preference for the exciting but inexperienced left-arm swing bowling all-rounder Sam Curran.

Timing the ball exquisitely and looking particularly impressive driving on both sides of the wicket, Holder did not spurn opportunities to go the aerial route. He hoisted eight sixes in his memorable innings but it was his 23rd and final four off part-time bowler Keaton Jennings which carried him to the double-century and prompted the declaration which brought to an end England’s day of misery in the field.

“To form the partnership we did was really pleasing,” said Holder of his marathon effort with Dowrich, before commenting on his decision to enforce the follow-on the second day. “We wanted to keep England on their feet as long as possible. There’s still a lot time left in the Test match -– we didn’t want to make a silly decision.”

Holder’s 202 not out occupied 284 minutes during which he faced 229 balls while Dowrich batted 17 minutes short of six hours in facing 224 deliveries, stroking 11 fours and one six.

It was the second double-century partnership in Tests between the fellow countrymen and longtime friends after they had put on 212 for the eighth wicket, both also completing hundreds, in the second of back-to-back Tests against Zimbabwe in Bulawayo in October, 2017.

To their credit, the England opening pair of Burns and Jennings looked solid and assured in what was a tricky period of play before the close. Burns took on the role of aggressor, prompting Holder, who still managed to bowl four overs despite his long innings, to resort to the spin of Roston Chase and the even more unfamiliar part-time offerings of debutant John Campbell for the last over the day in a vain attempt at a late breakthrough.

England though will require much, much more to take the match beyond the fourth day on Saturday. 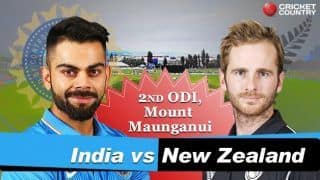 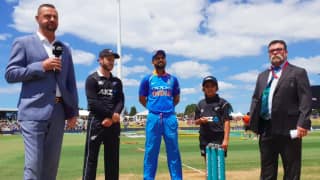