Former captain Inzamam-ul-Haq has said that the victory in the 1992 World Cup heralded a golden era for Pakistan, in which the country not only produced some of the best cricketers but also yielded outstanding results on the international scene. 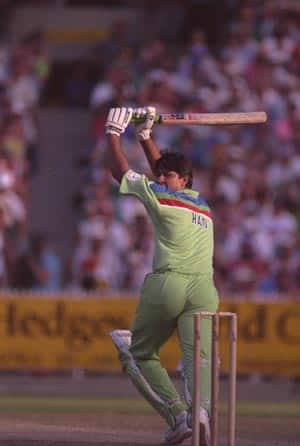 Former captain Inzamam-ul-Haq has said that the victory in the 1992 World Cup heralded a golden era for Pakistan, in which the country not only produced some of the best cricketers but also yielded outstanding results on the international scene.

Inzamam scored a total of 225 runs in 10 innings during the event in 1992, but it was his match-winning knocks of 37-ball 60 against New Zealand in the semi-final and a 35-ball 42 against England in the final, that earned him the reputation as a future star a status he justified by signing off his career in 2007 with 8,830 Test and 11,739 ODI runs.

“The victory in the 1992 World Cup changed Pakistan cricket. A number of cricketers from that side turned out to be role models and inspiration for the younger generation. Collectively, they proved to be a force to be reckoned with,” Inzamam said, adding: “I think it was the best era in which I played cricket. We defeated almost every team in Test and ODI arena on a regular basis.

Pakistan also won the inaugural Asian Test Championship beating India and Sri Lanka in 1998-99. In addition to this, Pakistan also played a drawn series against South Africa at home in 1996-97 and against host India in 1998-99.

Pakistan also reached the quarter-final and final of the 1996 and 1999 World Cups.

Inzamam played in five World Cups from 1992-2007, but admitted that the 1992 World Cup side was not the strongest Pakistan has ever fielded in a global event.

“Waqar Younis, when he was the fastest bowler, broke down with a back injury, Imran Khan and Javed Miandad were half-fit, Saeed Anwar was not in the side, while more than half the players were playing in Australia for the first time.

“But in Imran [Khan], Javed [Miandad], Ramiz Raja and Wasim Akram, Pakistan had true cricket geniuses who not only knew how to perform under pressure and in high profile matches, but also knew how to carry, mentor and guide the youngsters. These four players showed by their performances that they were in a completely different league,” said Inzamam.

For the ICC Cricket World Cup 2015, Pakistan have been pooled with South Africa, India, West Indies, Zimbabwe, Ireland and Qualifier 4. Their will play their tournament opener against India on 15 February at the Adelaide Oval, Adelaide, while their last group stage match will be against Ireland on 15 March, also at the Adelaide Oval.

Looking ahead to the tournament, Inzamam said: “It’s always special playing in Australia and New Zealand. The two countries possess some of the best playing facilities, while the crowds are very appreciative, supportive and understand the sport.

“The World Cup 2015 will be a stage for youngsters to make names for themselves and earn the respect and recognition of the cricket pundits. However, this can only be achieved if they don’t get overawed by the situation, stay focused, stick to basics, respect the opponents and follow match plans that will vary from match to match.”