For Sri Lanka, the fast bowling pair of Nuwan Pradeep and Lahiru Kumara take the places of Kasun Rajitha and Isuru Udana.

Sri Lanka captain Dimuth Karunaratne won the toss and elected to bat in the first one-day international of a three-match series against Bangladesh in Colombo on Friday. Tamim Iqbal is skippering Bangladesh, becoming the country’s 14th ODI captain.

“If the other 10 members can perform then only can you judge someone as a captain. I am not very excited about being debuted as a captain. I will try my best to help those who are playing,” Tamim said.

For Sri Lanka, the fast bowling pair of Nuwan Pradeep and Lahiru Kumara take the places of Kasun Rajitha and Isuru Udana. The game at R. Premadasa Stadium is also special for Sri Lanka’s Lasith Malinga, who will retire after the match. The three fixtures will be held in rapid succession on July 26, 28 and 31 in Colombo. The visiting Bangladeshi side defeated Sri Lanka Board President’s XI by five wickets in Tuesday’s warm-up match in Colombo.

“When Mahela and Sanga left, we had to do some rebuilding to our side. Find the players to fill in their shoes. In Malinga’s retirement, we are trying to find another replacement to fill his shoes,” he said. 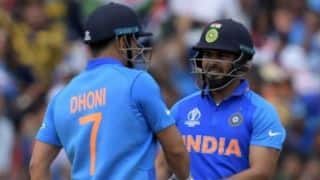 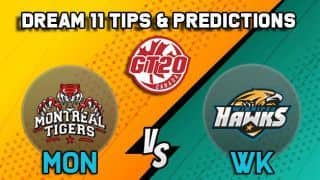