This is not the first time the India captain has fallen prey to a leg-spinner. In the last ODI series against Australia at home, he was dismissed by Adam Zampa on two occasions. 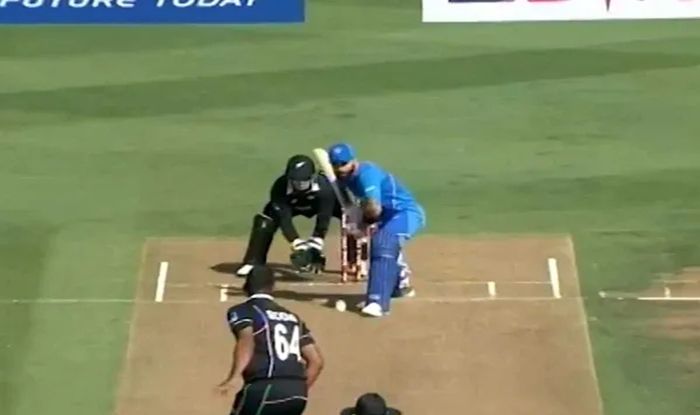 New Zealand leg-spinner clean-bowled India skipper Virat Kohli with his very first ball to him during the 1st ODI at Seddon Park, Hamilton on Wednesday.

It was a googly that did the trick for Sodhi in the 29th over, which brought an end to Kohli’s 51 off 63 balls. This is not the first time the India captain has fallen prey to a leg-spinner. In the last ODI series against Australia at home, he was dismissed by Adam Zampa on two occasions.

It was a timely wicket for the hosts as the India skipper was looking dangerous and setting his sights for a big one. It also brought an end to a 102-run-stand between him and Shreyas Iyer.

Kohli was playing for the turn with an open face of the bat. The ball missed everything as it went through the gate and clipped the bails. Kohli was left red-faced as he could not believe what had just happened.

Here is the video of the dismissal:

Fortunately, the wicket of the skipper did not affect India’s innings. KL Rahul joined Iyer and they put on a 136-run-stand. Iyer (103 of 106 balls) slammed his maiden ton as Rahul remained unbeaten on 88* off 64 balls to help India post a mammoth 347 for four in 50 overs. Despite being expensive, Tim Southee with two wickets for 85 runs was the pick of the NZ bowlers.

Earlier after being put in to bat, debutants Prithvi Shaw and Mayank Agarwal provided India with a steady start. They initially faced some tough time but managed to get through that and stitched a 50-run stand.

However, both failed to capitalise on their starts as they got out in successive overs. While Shaw (20) was the first to go as he got a peach of a delivery from Colin de Grandhomme, Agarwal tried to be over aggressive and in the process gifted his wicket to Tim Southee after contributing with 32. 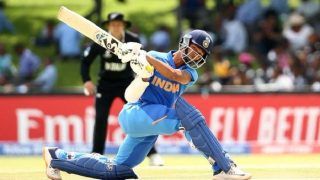