After sweeping the three-match one-day series, Australia women continued in the same vein in the T20Is registering a thumping 64-run win in the first T20I against Pakistan at the Kinrara Oval in Kuala Lumpur on Thursday.

Opting to bat, Australia made light of the Pakistan bowling attack. Openers Beth Mooney and Alyssa Healy zoomed to a 75-run stand before Mooney was trapped leg before off Nashra Sandhu in the eighth over. Ashleigh Gardner wasted hardly any time to settle down before she took the hapless bowling attack to the cleaners. Gardner struck nine boundaries and one six during her 37-ball unbeaten 63, while Healey, who brought up her fifth T20I half century, shot nine boundaries and two hits over the fence during her 35-ball 59. Australia ended their innings at an imposing 195/3.

In reply, none of the Pakistan batswomen, barring opening Nahida Khan, displayed any grit for a fight back. Khan was clinical during her 32-ball 43 but received no support at the other end with a stream of wicket falling. She was cleaned up in the 11th over by left-arm spinner Sophie Molineux, who nabbed four wickets in her four overs. Molineux accounted for the wickets of Muneeba Ali (0), Javeria Khan (16), Aliya Riaz (19) and Khan. Pakistan ended their run chase at 131/7 with experienced pacer Sana Mir unbeaten on six.

The second match will be held at the same venue on October 27. 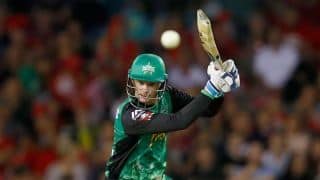 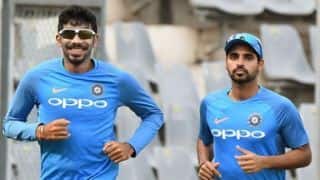