Opting to bat, Hafeez and partner Imam-ul-Haq (76) conjured a massive 205 runs for the opening wicket.

Playing a Test after almost two years, Mohammad Hafeez celebrated his return with an impressive century as Pakistan dominated Day One of the first Test against Australia in Dubai on Sunday. Hafeez registered his 10th century in Tests with only former Pakistan opener Saeed Anwar left with more hundreds than him.

At stumps, Pakisan were 255-3 with Haris Sohail unbeaten on 15 and night watchman Mohammad Abbas on one as Australian bowlers were made to toil hard on a flat pitch at the Dubai International Stadium.

Opting to bat, Hafeez and partner Imam-ul-Haq (76) conjured a massive 205 runs for the opening wicket. The duo produced the second highest opening stand by a Pakistan pair against Australia. It was also the first time ever that Australia weren t able to take a wicket in 55 overs in the first innings of a Test match.

Hafeez led the run scoring en route to his 126-run knock, which was decorated with 15 boundaries. Imam, in the meanwhile, registered his 76. The 37-year-old Hafeez was given a life when he was on 74 after Mitchell Marsh was unable to hold on to a tough chance at the long off boundary off Jon Holland.

The partnership was broken after tea, after Imam was caught behind off Nathan Lyon in the 63rd over of the day. Imam struck seven boundaries and two sixes during his 188-ball stay at the crease. Hafeez soon followed his partner after he was finally trapped leg before off Peter Siddle in the 69th over. Azhar Ali scored 18 before giving away his wicket to Holland, caught at mid-off by Starc.

Australia handed Test debuts to Aaron Finch, Travis Head and Marnus Labuschagne while Pakistan included off-spinner Bilal Asif for his first Test at the age of 33. 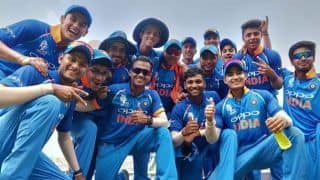 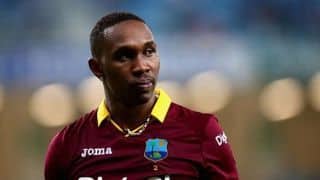