Ajinkya Rahane and Hanuma Vihari survived to take India within 39 runs of New Zealand's first innings total of 348-all out. 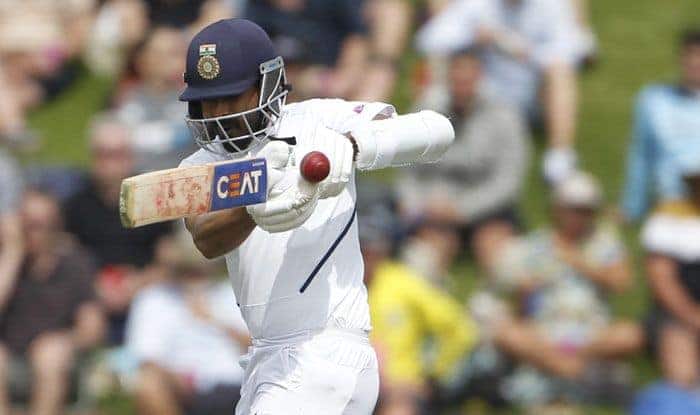 Despite a half-century from opener Mayank Agarwal, New Zealand pacer Trent Boult (3/27) triggered another top-order collapse on the third day of the first Test in Wellington before a late fightback saw India finish on 144/4. At the close of play on Sunday, Ajinkya Rahane and Hanuma Vihari survived to take India within 39 runs of New Zealand’s first innings total of 348-all out at the Basin Reserve.

The opening pair of Prithvi Shaw and Agarwal did start well, adding 21 runs before the collapse. A loose shot from Shaw saw him being caught at square off Boult. Cheteshwar Pujara looked solid as he dealt with a testing spell from the trio of Boult, Tim Southee and Kyle Jamieson. However, a moment of indecision saw him shouldering arms to a Boult delivery that slanted in to crash on the stumps – the delivery being the last before the tea-break.

Kohli started with an uppish drive for a four, a shot he didn’t look to be in complete control of. He then gained confidence as was evident with two beautifully played drives for four.

New Zealand persisted with their short deliveries even as Agarwal completed a well-deserved fifty. Southee then had him out caught behind with the Indian opting to review the on-field decision which was upheld. Agarwal struck seven fours and a six in his 99-ball 58.

Kohli then went after a short delivery from Boult only to feather an edge to wicketkeeper BJ Watling. He scored 19 off 43 and his departure left India struggling at 113/4.

The pair of Rahane and Vihari was subjected to a heavy diet of short-pitched deliveries. One of those crashed on the back of Rahane’s helmet requiring physio’s attention.

The blow to the helmet seemed to have shaken Rahane out of a slumber as he then struck back-to-back fours off two short deliveries from Jamieson.

Earlier, New Zealand managed to stretch their first innings lead to 183 thanks to some enterprising hitting from the lower order pair of debutant Jamieson and Boult.

In danger of being bowled out for under 250, Jamieson smacked 44 off 45 with a four and four sixes before Boult added fireworks of his own that included five fours and a six. Allrounder Colin de Grandhomme hit a solid 43 off 74, acting as the glue that kept the innings from unravelling, allowing others to flourish. 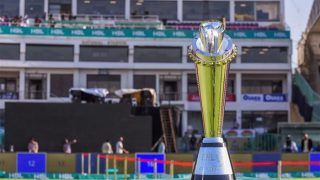