New Zealand, now elevated to number two in the world for the first time, are wary of taking the lowly-ranked Bangladesh lightly.

New Zealand won the toss and opted to bowl first on a green-tinged wicket in the opening Test against Bangladesh in Hamilton on Thursday.

“Hopefully we can get a bit out of it early on,” captain Kane Williamson said.

“There is a green tinge but not as green as we’ve seen before. There’s a lot of dead grass or grass clippings so who knows what that will bring.”

New Zealand, now elevated to number two in the world for the first time, are wary of taking the lowly-ranked Bangladesh lightly, given recent upsets in Test cricket and have named a settled side of form players.

They have their regular three-pronged pace battery of Trent Boult, Tim Southee and Neil Wagner and a strong batting lineup with Kane Williamson, Ross Taylor, Tom Latham and Henry Nicholls.

Bangladesh go into the Test on a three-match winning streak but with their two most experienced players, Shakib Al Hasan and Mushfiqur Rahim, out injured.

Skipper Mahmudullah, who scored his maiden Test century at Seddon Park nine years ago, said he would also have bowled had he won the toss.

“The wicket will help the bowlers early on. We need to challenge ourselves to cope with the conditions and try to bat through the first session.” 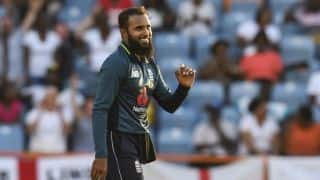