Sanjay Bangar, India s batting coach, was left to speak about a familiar failing with this Indian team - the over dependance on Virat Kohli.

Virat Kohli s exceptional 149 out of a first-innings total of 274 has kept India in with a chance of at least drawing the first Test at Edgbaston, coming as it did on a day in which none of his team-mates crossed 26, and has earned the Indian skipper rave reviews.

But Sanjay Bangar, India s batting coach, was left to speak about a familiar failing with this Indian team – the over dependance on Kohli.

Once we got a good start, we should’ve capitalised on it. But the openers handled the new ball really well, and the angles that were created by Sam Curran credit to him that he could create those angles, said Bangar after Thursday s play in Birmingham.

He [Kohli] showed terrific discipline. At no instance did he reach out for the ball, and probably couple of our other batsmen reached out, which caused their downfall. That is something which we’ve been speaking of, practising quite a lot. On days, these things come off, and on certain days, those things don’t come out. Definitely the batsmen are aware and are taking all efforts to correct the errors.

Of course, Bangar was inevitably drawn to lavish praise on Kohli, who helped India from 182/8 to 274, batting superbly with the tail (Mohammed Shami, Ishant Sharma and Umesh Yadav combined for eight of the 92 runs scored by Kohli and Not 8-10.

He’s a versatile player. At times, quality players keep on assessing their own games and where they want to progress. The awareness that is required under certain conditions but he does that really well. Again, terrific discipline, said the former India allrounder. When he bats in that fashion, he more often than not gets the team into good positions. Passing an individual landmark doesn’t mean much to him. More than that, if it’s a good day for him, he makes sure it’s a great day for the team. That’s why he got 149 and it narrowed down the gap beautifully.

After Kohli s 22nd Test century helped get India to within 13 runs of England s first innings of 287, R Ashwin bowled Alastair Cook for the second time in the match – this time for zero – to leave the hosts at 9/1.

The gap is a mere 18 (22) runs. Definitely the game is really well placed and the wicket which we got close to the end of day’s play has put the game in a very, very good balance, said Bangar. 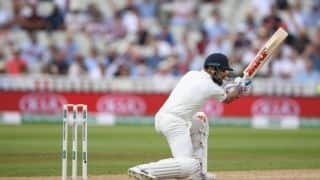 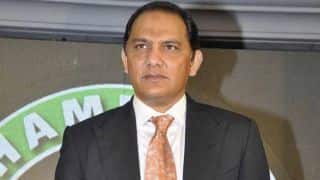