Sri Lanka run into South Africa, the No. 2 ranked Test side, having suffered defeats in New Zealand and Australia and without Dinesh Chandimal.

Sri Lanka run into South Africa, the No. 2 ranked Test side, having suffered defeats in New Zealand and Australia and without Dinesh Chandimal, who was dropped after their 0-2 loss in Australia. What further escalates Sri Lanka’s worries is the fact that they are without some key players Angelo Mathews and Nuwan Pradeep just to name a few. Add to that their poor record in South Africa, and the odds are deeply stacked against them.

Sri Lanka, ranked No. 6 in the world, have lost 11 Tests out of 13 in South Africa, which not the kind of record a team would want to know ahead of a series. But they can take heart from the fact that their only win in South Africa was registered at the venue for the first Test, The Kingsmead Stadium in Durban. In fact, twice have Sri Lanka played here, having won one and drawing the other.

But in order for Sri Lanka to hope of another win, their inexperienced middle order will need to step up big time. The same middle order that Australia’s pacers feasted on. Like the team Down Under, South Africa too boast a strong pace battery, with the likes of Duanne Olivier, Kagiso Rabada, Vernon Philander and Dale Steyn in their ranks, and who will be smacking their lips to have a crack at the batsmen.

Chandimal had called for his batsmen to step up, and there couldn’t be a more opportune moment for them to do so. With a change in guard, Dimuth Karunaratne will not only have the task of leading the team, but also set an example with the bat. The left-hand opener has been one of Sri Lanka’s consistent batsmen and if they are to avoid a third straight overseas series loss, Karunaratne will have to lead the way.

On the contrary, for South Africa, coming off a 3-0 sweep over Pakistan, the only worry heading into the series is their team composition. With a heavy pace attack, Faf du Plessis and Co. have to work out a balanced line-up, especially with spin having played a big role at Kingsmead. In 2001, Muttiah Muralitharan had registered a 10-wicket match haul, while in 2011/12, Rangana Herath had spun Sri Lanka to a massive 208-run win.

Weather: Scattered thunderstorms predicted with a maximum of 28 degrees.

The Durban surface has traditionally assisted Sri Lanka’s spinner as mentioned above, and even though the tourists are without Dilruwan Perera, it is likely that Lakshan Sandakan gets a game. If needed, Dhananjaya de Silva, the allrounder, can add to the stock. On the batting front, in the absence of Chandimal, the performances from Lahiru Thirimanne, Kusal Mendis, Kusal Perera and Niroshan Dickwella will remain key, while comeback men Suranga Lakmal and Kasun Rajitha, along with Vishwa Fernando are expected to be the three fast bowling candidates.

With Keshav Maharaj set to return to his home ground, it is unlikely that South Africa will pick an all-seam attack, with Philander likely to be benched. The rest of the line-up picks itself. Wiaan Mulder, the only addition to the squad that clinched the series against Pakistan, might have to wait following the likes of du Plessis, Quinton de Kock and Zubayr Hamza already present.

– Karunaratne scored 356 runs at an average of 118.6 in the home series win against South Africa.

– South Africa have lost six of their eight Tests at the venue since 2008/09, while winning just one.

“If you look at a general Durban or Kingsmead wicket, it allows for a spinner. In a perfect world, you’d like to have the option of possibly going in with four seamers, but the history tells me that you would need to go in with a spinner here,” South Africa captain du Plessis hints at going in with one spinner.

“Most of us know how to play in these conditions,” he said. “We can find a way to score some runs here. A couple of new guys have come into the side. That’s also a good sign,” – Sri Lanka captain Karunaratne is confident of Sri Lanka scoring runs in South Africa. 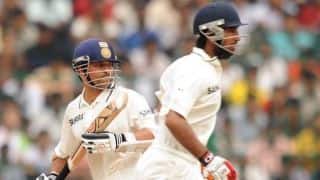