After losing five consecutive tosses in England, India captain Virat Kohli finally won a coin toss and opted to bat against West Indies in the first Test at Rajkot. As announced yesterday, Prithvi Shaw will make his Test debut, and Kuldeep Yadav will be one of the three spinners included in the side. As expected, R Ashwin and Ravindra Jadeja will be the remaining two. Shardul Thakur will sit out.

For West Indies however, it was Kraigg Brathwaite who came out during the toss, and informed that he is indeed the stand-in captain following an injury to Jason Holder. The West Indies allrounder s ankle wasn t holding up properly and the decision was taken to rest him for the first Test. This signals another blow for the West Indies, who are already without Kemar Roach.

Sunil Ambris comes in the team and Sherman Lewis will make his debut. Ambris scored an unbeaten century against Indian Board President s XI and had scored another century for West Indies A against India A in July. Lewis picked up 1/13 during the warm-up game but in July had picked up eight wickets against India in a four-day match. 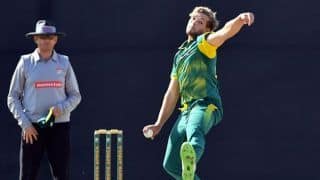 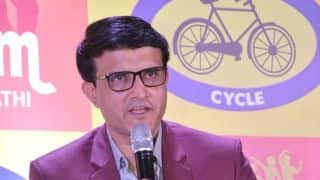