Pant gets the nod ahead of Saha, as announced, after New Zealand captain Kane Williamson won the toss and asked India to bat in overcast Wellington conditions. Rishabh Pant will plays his first international game of this tour after he was included in India’s XI. He gets the nod ahead of Wriddhiman Saha, as announced, after New Zealand captain Kane Williamson won the toss and asked India to bat in overcast Wellington conditions. As expected India’s three pacers for this game are Ishant Sharma, Mohammed Shami and Jasprit Bumrah while R Ashwin remains their only spinner.

“We would have also bowled first. It’s a no-brainer on day one, gonna be overcast all day,” India skipper Virat Kohli said at the toss. “That said, the pitch looks better than it was two days ago with a lot of the grass taken off. Still need to bat well. Wriddhiman Saha, Shubman Gill, Navdeep Saini and Ravindra Jadeja are the ones missing out. Our bowling attack is more experienced now and it’s important to be patient in New Zealand conditions. We have the confidence in recent years about winning away from home.”

Williamson informed about the two meter tall Kyle Jamieson debuting for New Zealand and the inclusion of Aijaz Patel as the lone spinner.

“It’s still a bit soft,” said Williamson. “We’ve seen in the past that there is often a green tinge. We need to bowl well upfront. Mitchell is the one to miss out. It’s a bit soft on the top. Obviously, Neil has bigger things on his plate. Kyle (Jamieson) has bowled well in the white-ball leg, hopefully he steps up. The guys have all enjoyed themselves but we have a job in hand and need to be focussed.” 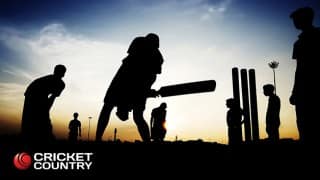