"As Twenty20 cricket evolved, Kookaburra thought there should be a way to create a ball specific"

An Australian sports equipment company has launched a specialised T20I ball, ‘Turf20’, crafted especially according to the hard-hitting format of cricket, ahead of the ICC T20 World Cup in 2020. The company spokesperson said the ball was curated owing to the transformation that the shortest format of the game has witnessed, thus creating the need to promote a balance between the bat and ball.

“As Twenty20 cricket evolved, Kookaburra thought there should be a way to create a ball specific to its needs rather than follow the traditional method of ball-making that is used in Test cricket. A Test ball is designed to gradually deteriorate over 80 overs, this is an integral element to Test cricket. Twenty20 cricket has evolved quite differently; the ball is only needed for 20 overs and the action is more intense and explosive than Test cricket,” Cricket.com.au quoted Shannon Gill, the company spokesperson, as saying.

“This means gradual deterioration is not as big a factor, instead of a ball that meets the demands of the power hitting game has been created,” he added.The new Turf20 ball was tested in the Northern Territory Strike competition, last weekend.In the feedback, it was known that there was not much difference as far as bounce and speed are concerned, but players noticed the improved hardness in the ball.

“In follow-up feedback, the players responded they did not notice any difference to the way the ball played as far as bounce and speed, but there were comments on the improved hardness of the ball through the 20 overs,” Gill said.

The trial will continue over the next 18 months before offering it to cricket boards ahead of the T20 World Cup. 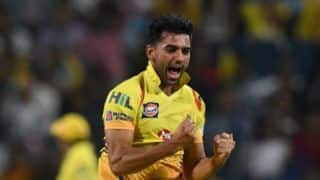 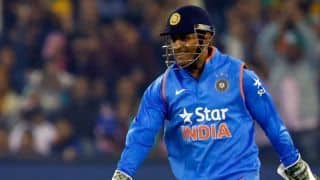