South Africa spinner Robin Peterson may not play the Boxing Day Test in Port Elizabeth against the West Indies after he sustained an injury during a fielding session on December 26.  The left-arm spinner cut his index finger and had three stitches on it. Peterson did not play the first Test, which South Africa won by an innings and 22o runs but considered as a key player considering the turning tracks of Port Elizabeth.

Peterson has played just 15 Tests for South Africa, after making his debut in Dhaka against Bangladesh in 2003 and last played for the Proteas against Australia in Centurion in February.  He was recalled to the Proteas squad for the series in the place of Dane Piedt who, along with JP Duminy remained on the injured list, and was the only specialist spin bowler in the squad, according to iol.co.za.

Imran Tahir had been dropped from the Proteas Test squad, but could now be in line for a place 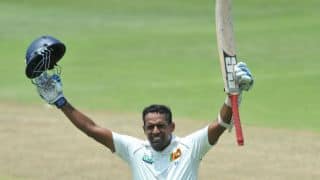