The BCCI has inexplicably not announced the list of players despite the meeting being attended by pruned three-member committee that also has disqualified Baroda CA official Rakesh Parikh instead of Test player Ashish Kapoor.

The BCCI’s junior selection committee has already named 29 players for the three U-19 squads (Youth ODI, Youth Tests and BP XI colts) for the England series as the final for the Cooch Behar Trophy between Bengal and Delhi started a day after the teams were selected in Mumbai. For the record, Delhi scored 246 for six at the end of the first day against Bengal, whose bowlers led by left-arm spinner Rajarshi Mitra (2/57) produced a commendable performance in the final two sessions. Asked what will happen if anyone from the 22 players playing the final do well and since coach Rahul Dravid is not here, a selector on conditions of anonymity told PTI: “Look most of these players have been looked at during the various matches at earlier stages. In case there is any exceptional performances, we will consider it.”

The BCCI has inexplicably not announced the list of players despite the meeting being attended by pruned three-member committee that also has disqualified Baroda CA official Rakesh Parikh instead of Test player Ashish Kapoor. “We have selected the team but its upto BCCI to announce it,” a selector said. While chairman of selectors Venkatesh Prasad, Gyanendra Pandey and Parikh were present, also in attendance were NCA coaches WV Raman and Narendra Hirwani. Even if a youngster does well, he is unlikely to be considered if he is out the U-19 bracket by the time of the next U-19 World Cup in 2018.

For someone like Bengal speedster Kanishk Seth, the doors for an India call-up will be closed as he will be overage by the time the next World Cup comes. Dravid has always emphasised that winning and losing should not be the priority at the U-19 level but most of the state associations in their urge for glory select players who are 18 and above and by the time the India selection comes knocking, they just about miss the bus. 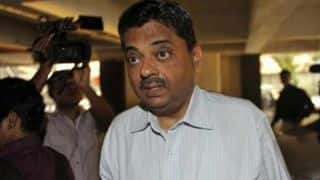