This is the third such occasion on the ongoing tour that a team has been fined for slow over-rate.

New Zealand have been fined 60 per cent of their match fee by the International Cricket Council (ICC) for maintaining a slow over-rate during the second ODI against India in Auckland on Saturday. The Tom Latham-led hosts were found to be three overs short during of the target of 50 overs after time allowances were taken into account.

As per article 2.22 of the ICC Code of Conduct for Players and Player Support Personnel, relating to minimum over-rate offences, players are fined 20 per cent of their match fees for every over their side fails to bowl in the allotted time.

This is the third such occasion on the ongoing tour that a team has been fined for slow over-rate. India were fined in the fourth and fifth T20I earlier for similar offence.

Meanwhile, New Zealand produced an all-round display at the Eden Park to beat India by 22 runs and thus clinch the three-match ODI series.

Batting first, half-centuries from opener Henry Nicholls and Ross Taylor guided New Zealand to 273/8. In reply, India were bowled out for 251.

Debutant Kyle Jamieson was given the man-of-the-match award for hitting an unbeaten 25 off 24 and then claiming two vital wickets as well.

The third and final ODI will be played on February 11 at Bay Oval in Mount Maunganui. 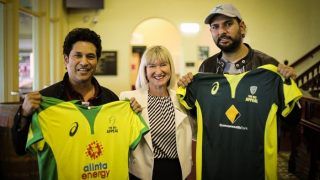 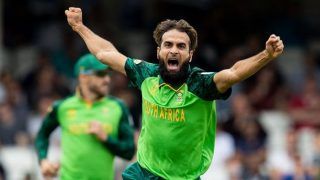