Punam Raut top-scored with the bat before spinners combined to help India women draw level in the three-match series as they beat West Indies women by 53 runs in North Sound, Antigua on Sunday. After Raut’s 77 guided India to 191/6 in 50 overs, Deepti Sharma (2/25), Poonam Yadav (2/26) and Rajeshwari Gayakwad (2/27) bowled out the hosts for 138 in 47.2 overs.

India lost their openers Jemimah Rodrigues (0) and Priya Punia (5) the first nine overs in a shaky start. Raut then combined with her captain Mithali Raj to steady the innings, taking the score to 83/2 in 28.4 overs. Raj looked solid before Sheneta Grimmond dismissed for on 40, for her lone strike in the innings.

The breakthrough gave way to another solid stand, with Raut this time stitching a 93-run partnership with Harmanpreet Kaur for the fourth wicket. Afy Fletcher (2/32) and Aaliyah Alleyne (2/38) were the pick of the bowlers for West Indies as they kept India to a sub-200 total.

India got rid of West Indies opener Stacy-Ann King in the fourth over with Shikha Pandey landing the blow. Natasha McLean then was stretchered off after pulling her hamstring with the scorecard reading 33/1.

A decent partnership followed between Shemaine Campbell (39) and Stafanie Taylor (20). However, runs weren’t easy to score off the India bowlers with Campbell trudging to 39 off 90 deliveries.

The innings fell apart after the dismissal of Taylor in the 25th over. Aaliyah Alleyne (16) and Afy Fletcher (14) tried pulling West Indies towards the target but it wasn’t to be.

The third and final T20I will be played on November 6. 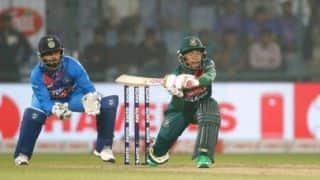 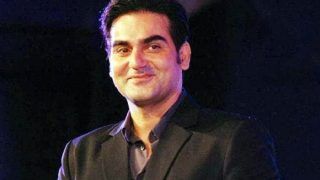