Openers KL Rahul and Shikhar Dhawan laid the foundation for the chase as the duo forged 71 runs that came in just under the first 10 overs. 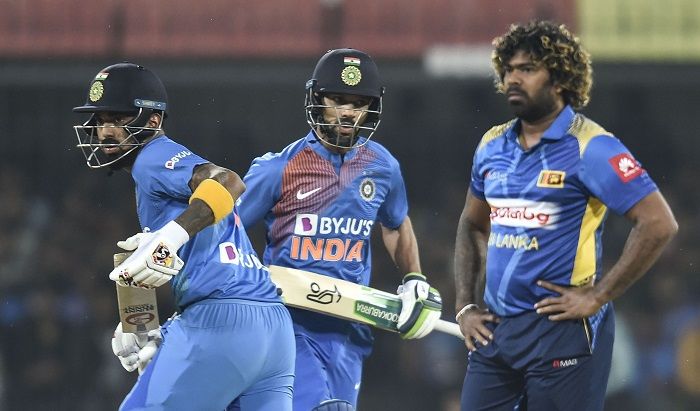 An all-round performance by the India team saw the hosts register a clinical seven-wicket victory against Sri Lanka in the second Twenty20 International to go one up in the three-match series at the Holkar Stadium in Indore on Tuesday. Chasing a below par 150, India reached the target with 15 balls to spare for the loss of just three wickets.

Openers KL Rahul and Shikhar Dhawan laid the foundation for the chase as the duo forged 71 runs that came in just under the first 10 overs. Wanindu Hasaranga was responsible for the dismissals of both the Indian openers. Rahul played the aggressive role smashing six boundaries in his 32-ball 45 before he was cleaned up by the legspinner. Dhawan fell prey to the DRS and added 32 off 29, his innings decorated with two boundaries.

Shreyas Iyer and captain Virat Kohli then conjured 51 runs for the third wicket. Iyer, who has staked claim for the No. 4 position, looked to be in the mood, smashing the white ball all round the Holkar, one among them reaching as high as the third tier. The Mumbai batsman however, was unable to take his team to the finish line as he fell prey to a short delivery from Lahiru Kumara and mistimed one to end up caught by Dasun Shanaka for 34 off 26 balls (three boundaries and one six).

Kohli then smashed the winning runs pulled one powerfully over long leg for a six as he remained unbeaten on 30 off just 17 balls.

Earlier, on an ideal paradise for batting, Indian bowlers stood out with Shardul Thakur being the pick among them with three wickets as the hosts restricted a listless Sri Lanka to 142/9.

Put into bat, Sri Lanka were off to a decent start with openers Danushka Gunathilaka and Avishka Fernando stitching 38 runs, but just as the partnership was beginning to hit the next gear, Washington Sundar struck as he saw the back of Fernando for 22.

Navdeep Saini then dismissed Gunathilaka with a ripper of a yorker that was too hot for the Sri Lanka batsman to handle. Saini fired in a 147.5 kmph bullet that crashed right at the base of the middle stump. Gunathilaka departed for 20.

Kusal Perera, who was looking good attacking Kuldeep Yadav head on, finally lost the ball to the chinaman bowler. He gave the charge, but mistimed the delivery well wide of off-stump that ended up in Shikhar Dhawan taking a good catch at long-on. Perera top scored with 34 off 28, his innings laced with just three boundaries.

From thereon, wickets kept falling at regular intervals that prevented the visitors from scoring at a consistent pace.

Thakur missed a hat-trick after taking two wickets of Isuru Udana (1) and Lasith Malinga (0) in the 19th over, but had no overs left in the match.

With plenty of dew expected on the pitch, defending a below par score will be a herculean task for Sri Lanka. 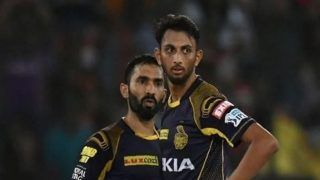