Wickets kept falling at regular intervals that prevented the visitors from scoring at a consistent pace. 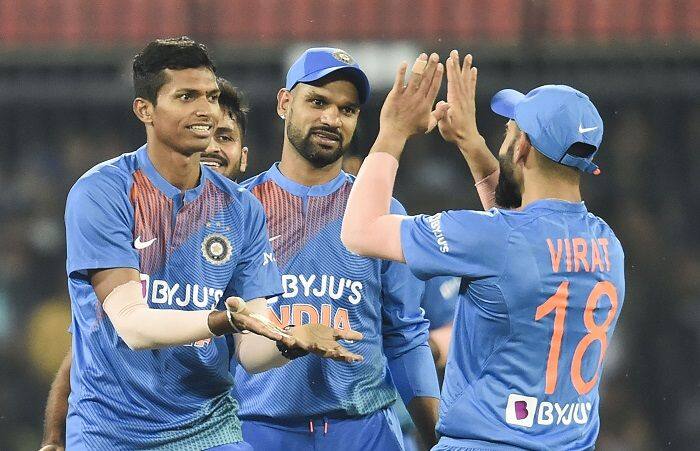 On an ideal paradise for batting, Indian bowlers stood out with Shardul Thakur being the pick amongst them with three wickets as the hosts restricted a listless Sri Lanka to 142/9 in the second Twenty20 International at the Holkar Stadium at Indore on Tuesday.

Put into bat, Sri Lanka were off to a decent start with openers Danushka Gunathilaka and Avishka Fernando stitching 38 runs, but just as the partnership was beginning to hit the next gear, Washington Sundar struck as he saw the back of Fernando for 22.

Navdeep Saini then dismissed Gunathilaka with a ripper of a yorker that was too hot for the Sri Lanka batsman to handle. Saini fired in a 147.5 kmph bullet that crashed right at the base of the middle stump. Gunathilaka departed for 20.

Kusal Perera, who was looking good attacking Kuldeep Yadav head on, finally lost the ball to the chinaman bowler. He gave the charge, but mistimed the delivery well wide of off-stump that ended up in Shikhar Dhawan taking a good catch at long-on. Perera top scored with 34 off 28, his innings laced with just three boundaries.

From thereon, wickets kept falling at regular intervals that prevented the visitors from scoring at a consistent pace.

Thakur missed a hat-trick after taking two wickets of Isuru Udana (1) and Lasith Malinga (0) in the 19th over, but had no overs left in the match.

With plenty of dew expected on the pitch, defending a below par score will be a herculean task for Sri Lanka. 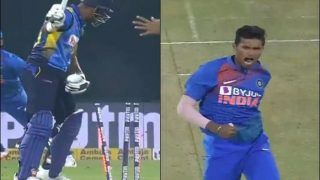