India captain Virat Kohli won the coin toss and opted to field in the second T20I against Australia in Melbourne on Friday.

India captain Virat Kohli won the coin toss and opted to field in the second T20I against Australia in Melbourne on Friday.

It has been raining in Melbourne since morning. The wicket was placed under the covers until the rain stopped and the overcast conditions prompted Kohli to bowl first. Interestingly, India have put faith in the same playing XI that took field at the Gabba.

“The wicket has been under covers for a while, it’s overcast and windy as well. I thought we did well chasing in the last game, Duckworth-Lewis made it beyond our reach. If we manage to bat better in certain situations, which we didn’t do last game, we should be able to do alright. We just need to do the little things right. If we can have a good game with the ball and bat, we should be alright. We just need a complete game to be put together, Kohli said at the toss.

On the other hand Australia were forced to make a change to their XI as Billy Stanlake misses out after hurting his ankle with Nathan Coulter-Nile named as his replacement.

Australia captain Finch said he would have also bowled first but he expecting the pitch to play the same throughout the match. I would have bowled first as well. I’m not too fussed as the pitch won’t change in 40 overs. Hopefully put someruns on the board and put some pressure on them,” Finch said.

Australia lead the three-match series 1-0 having won the first T20I in Brisbane by four runs. 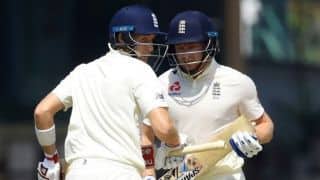