India lost their remaining five wickets in the morning session for the addition of just 49 runs. 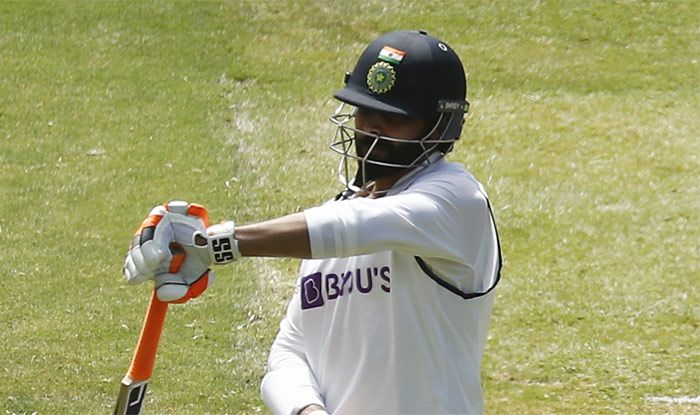 India were bowled out for 326 in their first innings on Day 3 of the second Test against Australia in Melbourne. They took a lead of 131 runs with Ajinkya Rahane starring after hitting a century while Ravindra Jadeja scored a fifty.

Resuming on their overnight total of 277/5, India suffered a collapse after the unfortunate run out of Rahane on 112 on Monday. Jadeja, on 49, called for a quick single after pushing one to covers but Marnus Labuschagne was quick to release the ball back for the wicketkeeper Tim Paine to take the bails off as Rahane was caught short.

The India captain scored 112 off 223 with 12 fours before being run out for the first time in his Test career.

Jadeja, who looked gutted after seeing the replay on the giant screen, completed his half-century, 15th of his Test career but was then outdone by Mitchell Starc who peppered the India batsmen with short deliveries.

After ducking and missing a few, Jadeja connected one only to be caught by Pat Cummins at deep midwicket off Starc. He scored 57 off 159 with three fours.

The tail didn’t add much to the total with Nathan Lyon and Josh Hazlewood accounting for Umesh Yadav (9), Ravichandran Ashwin (14) and Jasprit Bumrah (0) as the trio departed in successive overs.

India lost their remaining five wickets in the morning session for the addition of just 49 runs. 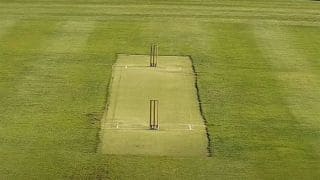 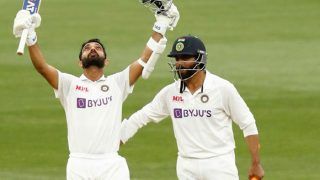 2nd Test: Ajinkya Rahane's Heartwarming Gesture to Ravindra Jadeja After Runout During IND vs AUS at MCG is Epic