2nd Test: It does hurt your ego when tail-enders score runs and top-order does not: Temba Bavuma

2nd Test: It does hurt your ego when tail-enders score runs and top-order does not: Temba Bavuma

While South Africa s top order failed to score big, Keshav Maharaj and Vernon Philander scored 72 and 44 not out respectively in Pune Test.

South Africa s wicketkeeper-batsman Temba Bavuma can feel his ego somewhat dented after Vernon Philander and Keshav Maharaj showed there were no demons in the Pune track on Saturday.

Bavuma, who had an ordinary series so far with the bat, has failed to do justice to his newly-assigned role as South Africa s number four batsman. B

Bavuma s scores of 18, 0 and 8 in the 3 innings versus India has showcased his struggles to coop-up against a quality Indian bowling attack.

In the second Test versus India, Maharaj (72) and Philander (44 not out) contributed with a 109-run stand for the ninth wicket where the established Proteas players came a cropper.

The visitors were bundled out for 275-all out in reply to India s massive total of 601/5 declared in the first innings.

Look, from the guys at the top of the order, entrusted with scoring the bulk of the runs, it does kind of hurt. It does dent your ego when they (lower-order) seem to know how to go out and fight it out to do what you re really playing to do, Bavuma said at the end of the third day s play.

The positive aspect of the South African first essay was the fact that the pitch has remained firm and is still good for batting.

I think looking forward to the second innings, there is a lot of confidence we can take in from the fact that it is not all demons out there. We just got to find a way to dominate with the bat just as India have done so, said Bavuma.

Bavuma failed to pinpoint why South Africa s top-order save Dean Elgar in the first Test has consistently failed in three successive innings.

I don t have the answers to why it is going wrong. The obvious one is that we re not able to put up partnerships. We have not been able to absorb and sustain the pressure that Indian bowlers have put on us for consistent periods of time. That is obviously something we will try to rectify.

He revealed that interim coach Enoch Nkwe did an honest assessment of the side s batting show.

We had an honest and truthful chat with the coach. He gave us his true feelings, his true thoughts on our effort on the last two days. He was really critical of our effort. Basically he said all that has happened we have got to find a way.

Bavuma tried to put up a brave face when he said that this South African team is not here to make up numbers but compete hard.

Yes, we have not done it in the first Test. We have not been able to do it here in the first two and a half days, but there is an opportunity to do it going forward. Like I said, there is a responsibility for us to stake our claim and do everyone justice,” concluded Bavuma. 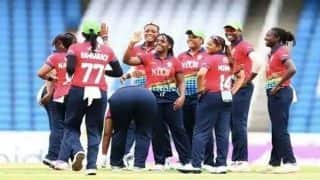