Hardik Pandya and Ravindra Jadeja were involved in a century stand that revived India innings and pushed them to a challenging total against Australia in the 3rd ODI at Manuka Oval on Wednesday. 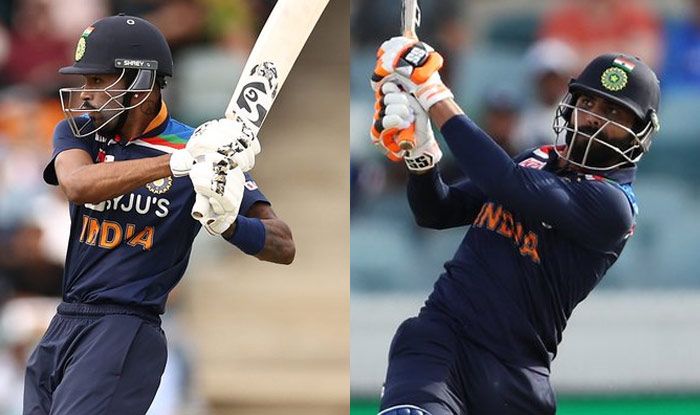 Hardik Pandya recorded his career-best ODI innings as he combined with Ravindra Jadeja to help India post a challenging 302/5 against Australia in the third and final match of the series on Wednesday. Pandya remained unbeaten on 92 while Jadeja scored 66 not out.

The pair switched gears in the final 10 overs clattering boundaries with ease after a slow start that saw India losing wickets regularly. Virat Kohli win the toss and expectedly opted to bat first as the action shifted to Canberra’s Manuka Oval after the first matches were held in Sydney.

The change of venue brought with itself plenty of changes from either side, not necessarily because of the surface. India made as many as four changes after losing the first two games with significant margins.

Shubman Gill, Shardul Thakur and Kuldeep Yadav were given a chance in place of Mayank Agarwal, Mohammed Shami and Yuzvendra Chahal. The out-of-form Navdeep Saini was also dropped as T Natarajan was handed India debut.

Australia made three changes with Sean Abbott, Ashton Agar making their way into the playing XI while pacer Cameron Green made his debut.

India began slow and steady before Abbott outfoxed Shikhar Dhawan (16) with change of pace to have him caught at covers. Gill (33), opening the innings for the first time in ODIs, started well before being out lbw.

India lost both their openers after 82 runs. The start was decent if not good.

Captain Kohli and Shreyas Iyer took the innings forward but the latter was dismissed cheaply.

Soon KL Rahul also made his way back to the pavilion leaving Kohli wage a lone battle.

He reached a well-made half-century but fell at a time, as was the case with earlier batsmen, when India needed a big partnership.

Kohli was dismissed for the third time in the series by Josh Hazlewood on 63.

The push came from the pair of Pandya and Jadeja who added 150 runs for the sixth wicket engineering a late flourish.

Pandya struck seven fours and a six while Jadeja belted five fours and three sixes with the pair looting 110 runs in the final 10 overs. 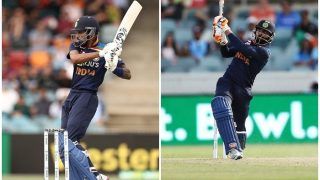 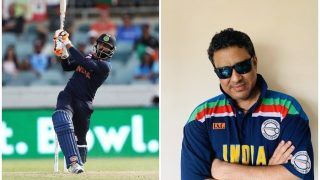