India put on a powerful batting display, with half-centuries from Rohit Sharma, KL Rahul and captain Virat Kohli recording half-centuries to propel the score to a daunting 240 for 3 against West Indies in the third and final T20I on Wednesday. West Indies will need to overhaul India’s third highest T20I total of all time if they are to win the series.

West Indies captain Kieron Pollard backed his team to chase India’s total after electing to bowl. But the way India responded was outstanding. Rohit and Rahul were quick to get off the block and blasted 72 runs inside the Powerplay. There was no stopping either opener as India scored at over 10 an over and crossed the 100-run mark in the ninth over.

Rohit became the first Indian cricketer to pump 400 international sixes. It took Rohit 23 balls to bring up his half-century and with Rahul, added 135 runs off 114 balls for the first wicket before perishing for 71 off 34 with six fours and five sixes. India’s gamble of sending Rishabh Pant at No. 3 did not pay off as he was dismissed for a second-ball duck. But despite India losing two wickets in quick succession, it did not impact their scoring rate with Kohli and Rahul adding a blistering 95 for the fourth wicket.

Kohli was in a different zone altogether. It was pretty similar to his knock of 94 in Hyderabad except here he was on the ball from the word go. West Indies pulled things back in the 13th and 14th over, giving away 14 runs combined before Kohli raced to 23 off nine balls. However, it was in the 19th over that Kohli went berserk when he hammered counterpart Pollard for 27 runs with three sixes and two fours en route to a 21-ball half-century.

Rahul top edged Sheldon Cottrell in the final over for Nicholas Pooran to complete a simple catch before Kohli applied the finishing touches with six off the last ball. 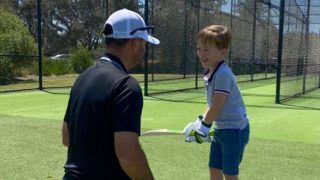 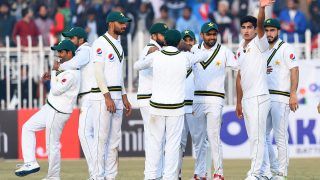