AB de Villiers: Popularly known as Mr 360, he lived up to his reputation as he hit shots all round the park. 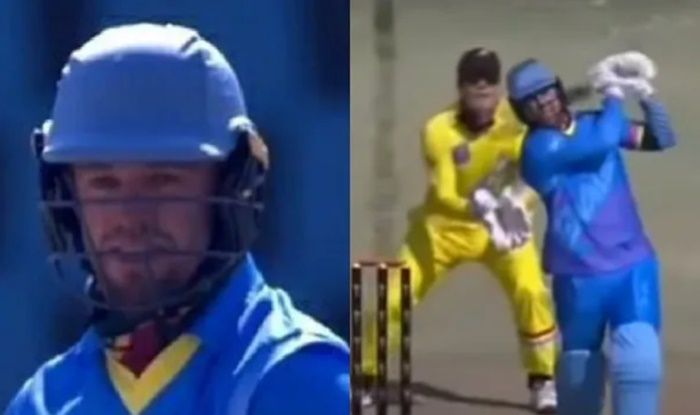 AB de Villiers turned back the clock as he smashed a whirlwind 24-ball 61 to help Eagles clinch gold in the 3TCricket match on Saturday. The focus was on the veteran ever since the unique format was announced and he did not disappoint.

Popularly known as Mr 360, de Villiers lived up to the billing as he hit shots all round the park. Be it the cover-drive over covers or the slog sweep, he played them all.

Here are some of the shots he played during his quickfire 61.

Meanwhile, @ABdeVilliers17 has shown us today that there is no rustiness at all to his batting. Incredible. Has almost certainly set up a win for his team. In a different league so far today.

Meanwhile, de Villiers was slated to play the cash-rich Indian Premier League for Royal Challengers Bangalore but it got postponed indefinitely due to the pandemic. There are talks that IPL could still be held at the end of this year in UAE, but no confirmation has been received on this front.

Haven’t played cricket for months? No problem! AB de Villiers came out all guns blazing and did what he does best, smashing 6 1 off 2 4 balls and leading his Eagles team to the Gold Medal in the #SolidarityCup! ?? #PlayBold #3TCricket #RainStartsPlay

The unique 36-overs hame was played between three teams. The 36 overs were divided into two halves of 18 overs each with all three teams getting to play six overs in each half. 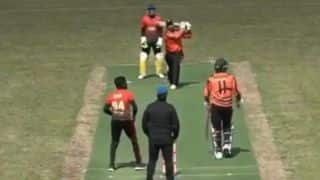