Virat Kohli has been the stand out performer for India with consistent match-winning knocks. He has scored 184 runs in four matches in the ongoing competition. New Zealand will take on England in the first semi-final on Wednesday in New Delhi in the other semis clash. India won the match against Australia, thanks to Virat Kohli’s heroics in the ending stages of the game. He kept knocking the ball around for singles and picking up an odd boundary as wickets kept on falling at other end. He kept his cool till the end picking up quick singles and doubles with skipper. He went ballistic when India needed 41 in 18 balls hitting James Faulkner all around the park for boundaries. He picks up 16 in the next to stage a typical finish from MS Dhoni to ensure they reach semi-finals without any further hassle. 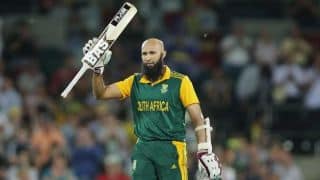