England head into Friday's fourth ODI in Nottingham 2-0 up with two to play after a no result washout at The Oval was followed by 12-run and six-wicket wins.

Allrounder Imad Wasim believes Pakistan have gained much from their one-day international series against ICC World Cup 2019 hosts England despite having yet to win a match.

England head into Friday’s fourth ODI in Nottingham 2-0 up with two to play after a no result washout at The Oval was followed by 12-run and six-wicket wins at Southampton and Bristol respectively.

Pakistan, however, have made England work hard for those wins, with all four completed innings in the series so far topping 350 runs. “If you take some positives, we have played really well in both games,” Imad said on Thursday.

“Credit to England. They have batted really well, it’s fine margins,” added Imad, who insisted the tourists’ morale was still intact despite their recent losses.

“I think the team is confident. We’re going to put up a good fight again. Yes, they (England) are (tough to bowl at), that’s why they are the number one (ODI) team in the world.

“But we take pride in our bowling as well and we have some plans, hopefully we can execute them next time.”

Trent Bridge has a deserved reputation as a batsman-friendly ground, with England posting the highest two ODI totals in history in Nottingham – 481 for six and 444 for three.

ALSO READ: Wood eager to team up with Archer as England eye series win against Pakistan

“White-ball cricket is not a bowler’s game but credit to the groundsmen and the ECB (England and Wales Cricket Board), the wickets they are preparing are unbelievable… It’s like a batting paradise,” said left-arm spinner Imad.

“It’s going to be a belter for both teams. You have to find a way to contain and try to take wickets.” 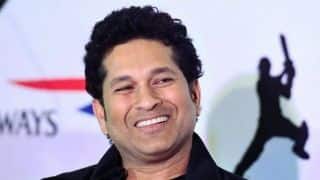 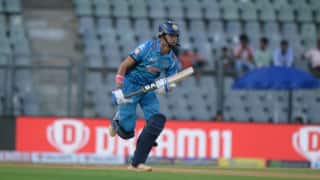 ETS vs AT, Match 6, T20 Mumbai, LIVE streaming: Teams, time in IST and where to watch on TV and online in India