Kohli revealed that the initial plan was to open with Samson and Rahul in the Super Over. For a second occasion a T20I match between India and New Zealand ended in a tie and was ultimately decided by the Super Over. Like in Hamilton, on Friday too, it was India who prevailed after overhauling the target of 14 runs in the fourth T20I of the ongoing five-match series in New Zealand.

Rohit Sharma had struck successive sixes in Hamilton to take his team to a nerve-shredding win in the third T20I. However, for the fourth game, Rohit was rested and in his stead, walked captain Virat Kohli with KL Rahul.

Kohli took a couple followed by a four to seal the deal after Rahul’s six and four off the first two deliveries of the Super Over, bowled by Tim Southee. However, it wasn’t him but Sanju Samson, playing in his third international match, who was to open with Rahul.

But Kohli, considering his vast experience, backed himself. “Initially Sanju and KL were supposed to go given they can strike the ball well, but I went in because I was more experienced and in a pressure situation it was important for me to handle things,” Kohli said at the post-match presentation.

He added, “The two strikes off the first two balls were important and then I thought I’d get the ball in the gaps and get the job done. I haven’t been part of a super-over for too long but happy to have got my team across.”

With back-to-back wins in Super Over, Kohli said he has learnt to stay calm in tense situation and wait for the opportunities to capitalise on. There’s something new that I’ve learnt, that you’ve just got to stay calm in the game, observe what’s happening and if the opportunity comes then you capitalise on it. The fans couldn’t have asked for a better finish in two consecutive games. We hadn’t played super-over before, and now we have played two back to back. It feels good when you’re out of the game and get yourself back in, it really shows the character of the team,” Kohli said.

India rested Rohit, Mohammed Shami and Ravindra Jadeja for the match having already won the series, courtesy their victories in the opening three matches. In their absence, Samson, Washington Sundar and Navdeep Saini were given chance.

Batting first India were struggling after losing six wickets for just 88 runs before Manish Pandey struck a half-century and Shardul Thakur’s cameo pushed them to a respectable 165/8.

“I thought Sanju was fearless. This was his chance to take things away. I think Washy (Sundar) has played a lot, and Saini rushed the batsmen. We didn’t read the pitch well, after the first six he got carried away. Everyone looked to be in good head-space. We were playing well in the situation looking at how well the opposition played. We are very proud of how we went about our business today,” Kohli summarised how India fared in the match. 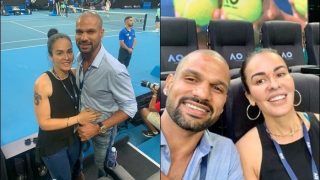