As far as Cricket Australia's communication is concerned, they have stated that players can mingle outside their room but only those who are residing on the same floor.

The Board of Control for Cricket in India (BCCI) asked the Cricket Australia for relaxation in tough quarantine protocol of Brisbane for the fourth Test of Border-Gavaskar Trophy. The BCCI formally wrote to CA in which it reminded the host board that Team India is done with the strict isolation that was agreed upon at the beginning of the tour.

It is learnt that a top BCCI executive has written to CA head Earl Eddings citing to him the Memorandum of Understanding signed by the two boards on the modalities of the tour which never had any specification on two hard quarantines in separate cities.

The quarantine rules for Brisbane Test will restrict the players to just their hotel rooms after day’s play. The fourth Test in Brisbane will start from January 15.

“The discussions are still on but today BCCI has formally sent a letter seeking relaxation of hard quarantine for its players if they are to have the match in Brisbane,” a senior BCCI official told PTI.

“The MoU that was signed never mentioned about two hard quarantines. India have done one hard quarantine in Sydney (practice and back to hotel room),” he added.

The Indian cricket board has made a demand that the players should be allowed to meet each other and have meals together inside the hotel as they did in IPL 2020 in the UAE.

As far as Cricket Australia’s communication is concerned, they have stated that players can mingle outside their room but only those who are residing on the same floor. Player from two different floors cannot come in contact with each other, which to many seems ridiculous.

“The BCCI has told CA that the relaxation of the quarantine rules should be given in writing. During India’s hard quarantine in Sydney after reaching from UAE, there used to be police personnel in each floor ensuring that there is no breach of bio-safety protocols.

“Hopefully, nothing of that sort will happen if the team travels to Brisbane. All we want is IPL style bio-bubble.”

The visitors are under hotel quarantine in Sydney, where they are playing the third Test match of the series. Team India captain Ajinkya Rahane has already said that it is “challenging to stay in hotel” when the outside city looked “normal”.

In case Queensland authorities don’t budge, then the fourth Test could well be played in Sydney from the same dates but that remains a distant possibility as hectic parleys continue. 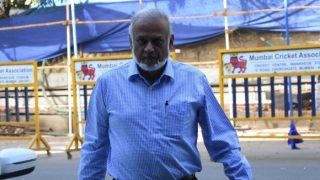 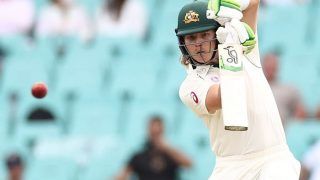