The result ensured India won the series 3-1, coming back remarkably after losing the first Test. 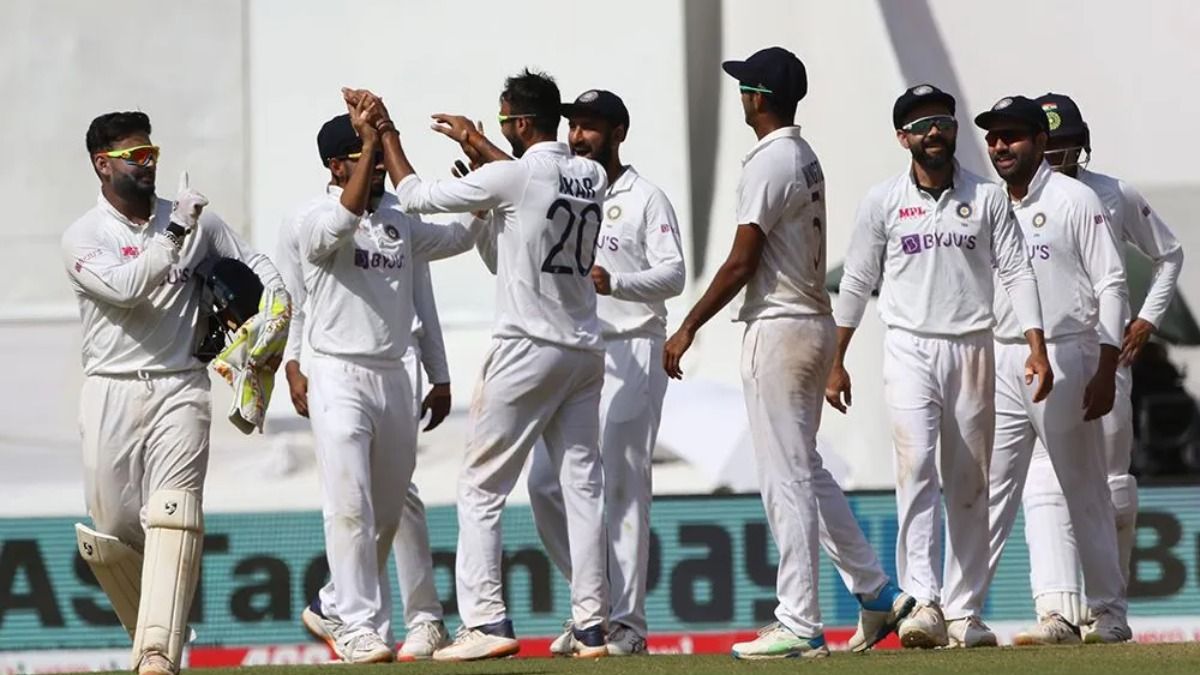 Axar Patel and Ravichandran Ashwin once again made a mockery of an eternally confused English batting line-up as India cantered into the inaugural World Test Championship final with a resounding innings and 25 run victory on the third afternoon of the fourth and final Test on Saturday.

All India needed was a draw to book a Lord’s date in June with Kane Williamson’s New Zealand but Patel (24-6-48-5), in company of Ashwin (22.5-4-47-5), literally blew England away in a session and half for a paltry 135 in 54.5 overs to complete a 3-1 rout, ensuring that the Anthony De Mello Trophy will stay at the Cricket Centre in Mumbai.

It was another two and half days finish but even the most partisan England experts like their former skipper Michael Vaughan have admitted that the 22-yard strip had almost nothing to do with their side’s abject surrender.

A case in point could be India’s first innings score of 365 and a lead of 160 on the same track where England could cumulatively manage only 340 runs across two innings.

This was one Test match where Indians, even before a ball being bowled, created an illusion of a turning track. It was a ploy of playing with the minds of a team that was already in a negative zone.

There wasn’t much turn but enough to ensure that the visitors wilted under pressure as Patel’s series tally stood at highest for a newcomer (27) while Ashwin was peerless as ever with 31 scalps in his kitty.

A lot of credit for this victory should go to the indomitable Rishabh Pant, who played the enforcer on the second day with a magnificent hundred, and Washington Sundar, who notched up a chiseled 96.

These two knocks literally made it impossible for England to make a comeback as a total of 365 seemed like 650.

The coming of age of Pant as a real replacement for the iconic Mahendra Singh Dhoni and the emergence of Washington as a potent batting all-rounder only augurs well for the team.

So formidable is India’s bench strength right now that Hanuma Vihari, who saved an epic Test in Sydney only a couple of months back, may not get to play a Test in the near future.

World’s best wicketkeeper Wriddhiman Saha will also find it difficult to add to his 38 Tests unless the ‘Rourkee Rockstar’ gets injured.

Patel, in his debut Test series, was a powerhouse performer but he also knows that once Ravindra Jadeja is fit and available, he will have to wait for his next Test.

The story of the third day was similar to the one that has played out for most of the series.

With shoulders already drooping after the humiliation inflicted by Pant and Washington, England’s openers Zak Crawley (5, 16 balls), Dom Sibley (3, 21 balls), and Jonny Bairstow (0, 1 ball) seemed like “walking wickets” at the start of the post-lunch session.

Crawley, who in this Test match has made an ordinary strip look extraordinarily difficult with his approach, was snuffed out by Ashwin with two deliveries.

The first was a sharp off-break that made him look vulnerable and then came the straighter ball which he managed to jab to Ajinkya Rahane at slips.

Bairstow didn’t trouble the scorers as he closed his bat face to give Rohit Sharma an easy catch at leg slip.

Suddenly the track that looked docile in the first session seemed like performing all kinds of tricks.

Sibley must have been affected by the two dismissals and his was a freak one as he played a full-blooded sweep shot off Patel which ricocheted off forward short leg fielder Shubman Gill’s knee and lobbed up for Pant to complete the formalities.

One had expected two of England’s best players in Joe Root (30) and Ben Stokes (2 off 9 balls) to put up a fight but the all-rounder failed to gauge the extra bounce as he went for a sweep shot off Patel.

Kohli accepted the dolly at leg slip as England’s resistance was blown away at 30 for 4.

Ollie Pope (15) hit Ashwin for a six, which was more desperation than finesse, and it was only a matter of time before he yorked himself as Pant fumbled while gathering but managed to effect a stumping to make it 65 for 5.

The England skipper could only helplessly look how his colleagues made a mess of Test match batting and Ashwin finally had his number trapping him leg before on the back-foot with another straight ball.

The remaining wickets in the post-tea session were a mere formality which the spinners completed in due course of time.

The morning session belonged to Washington, whose 96 off 174 balls was as important as Pant’s second day hundred in the final context of the match.

Washington and Axar Patel (43 off 97 balls) added an invaluable 106 runs for the eighth wicket, which ended even a miniscule chance for England to stage a recovery. 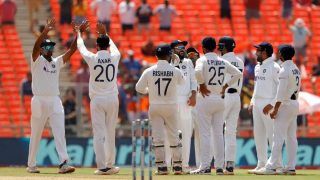 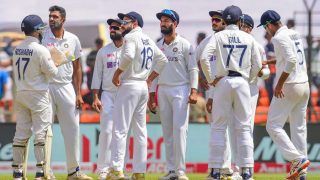