With a dominating victory in Mumbai, India start favourites in the fifth and final ODI against West Indies on Thursday.

Order has been restored. For an average Indian fan, it must’ve been the case after India’s win in Mumbai. West Indies, thoroughly beaten in the two-Test series, threatened to throw the predictions of utter domination by India in the ODI series. They scored two 300-plus totals one in defeat, the other resulting in a tie. Then they shocked India in Pune, giving their high-flying hosts a timely wake-up call. And Virat Kohli’s men responded in kind. As Kohli ‘failed’ in Mumbai after hitting three consecutive centuries in the first three ODIs, Rohit Sharma and Ambati Rayudu stepped up. The bowlers then came to the party and Windies were blown away at the Brabourne Stadium. Order restored. India lead the series 2-1 with a game remaining.

Just one ODI can change perceptions. India’s 43-run loss threw open the debate of a fragile middle-order. And when Rayudu struck a century in Mumbai, the criticism mellowed down. West Indies matched the might of Indian batsmen barring the fourth ODI. They are dealing with problems of their own a misfiring top-order. Chandrapaul Hemraj is yet to fire and Kieran Powell has just one significant score at the top. Marlon Samuels, who boasts of a stellar record with the bat in India, has been a poor reflection of his old self. His most telling contribution came in the Pune win, with the ball, when he took 3/12 including the wicket of centurion Kohli.

Clearly, Windies know where they have to improve. Mumbai gave India another positive in Khaleel Ahmed as the put on display his capabilities. It was an all-round show from the hosts as they bossed over West Indies even in the field with two run-outs that effectively derailed their chase.

India need to keep doing what they did in Mumbai and West Indies have to hope that others apart from Shai Hope and Shimron Hetmyer step up in the batting department if they want a share of the trophy.

Weather: Thunderstorms with a high of 30 degree Celsius

India dropped Yuzvendra Chahal for Ravindra Jadeja to shore up their batting in Mumbai. Disturbing the winning combination should be the last thing on Kohli’s mind despite MS Dhoni’s lean patch as India eye another series win. They should stick with the same playing XI.

Considering their weakness at the top, the visitors might be willing to enforce a change. Hemraj might be the casualty of this change with a big-hitter in Sunil Ambris to be the likely replacement.

“I think he s one of the legends of Indian cricket and his striking ability is there for everyone to see. He s done many a times before. He s extremely experienced and I m sure, given the opportunities, he will come really good, – India bowling coach Bharat Arun on MS Dhoni 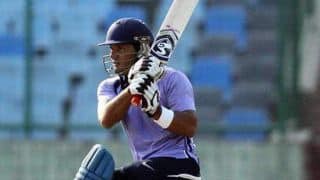 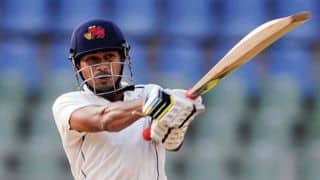