Since Sanju Samson's comeback in the side after making his debut in 2015, he has failed to get to double digits in his last three outings, registering scores of 2,8 and 6. India wicketkeeper Sanju Samson failed once again as he was dismissed for two off five balls during the fifth and final T20I at Bay Oval, Mount Maunganui on Sunday against hosts New Zealand. Trying to play an extravagant cover-drive, he could not keep the ball down and was caught by Mitchell Santner.

Since his comeback in the side after making his debut in 2015, he has failed to get to double digits in his last three outings, registering scores of 2,8 and 6.

Samson was an experiment by the management which has failed miserably and fans want BCCI to get Rishabh Pant back in the mix.

After Samson’s recent failure, here is how netizens reacted:

So after back to back early dismissal ot Sanju samson Rishabh pant be like#NZvIND pic.twitter.com/3NQ9uT84H2

I think that’s the sad end of Sanju Samson’s opportunities for a while now, India’s next T20Is are against Sri Lanka in July and his place in the team will now be justified by his performance in the IPL.

Meanwhile, India, who have a 4-0 lead in the ongoing five-match T20I series will look to go for the jugular and whitewash the hosts. The tourists rested regular skipper Virat Kohli for the final T20I against New Zealand on Sunday and stand-in skipper Rohit Sharma opted to bat after winning the toss at the Bay Oval in Mount Maunganui.

Sharma, who was rested in the previous game, returning to India’s Playing XI, remains their only change which means Rishabh Pant continued to warm the bench. 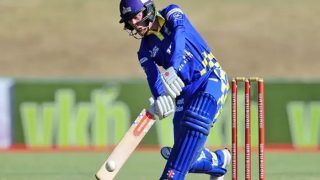