Tanmay Bhat gets backed by another comedian Utsav Chakraborth trying to be under limelight. He makes another snapstory swapping his face with Sachin Tendulkar and Lata Mangeshkar.

Utsav Chakraborth is the latest edition to the comedian list trying to rescue Tanmay Bhat’s blunder. He took it to another level and made his version of snapstory following same feature of face-swapping. Instead of telling people that what Tanmay did was wrong and unacceptable he made his own video presenting his argument towards the video. He urges people to focus on issues instead of Tanmay’s humor video. The whole social media went berserk as soon as the video came out after Indian Premier League (IPL) 2016 final between Royal Challengers Bangalore (RCB) and Sunrisers Hyderabad (SRH) on Sunday. He made fun of someone he was not supposed. ALSO READ: Tanmay Bhat! You better apologise to Sachin Tendulkar, Lata Mangeshkar

Everyone was outraged as Tanmay passed derogatory comments about Sachin Tendullkar, Lata Mangeshkar and Virat Kohli. He showed his middle finger in the video along with cursing which was taken in very bad taste by public. Comedian Chakraborth supported Tanmay saying,”The joke is not that the person being made fun of is old. The joke is that this person wouldn’t actually do that. The joke is that I’m on Snapchat and bickering with another person who is not on Snapchat.” He adds: “Lata Mangeshkar is a legend, but that shouldn’t excuse her from jokes. In fact, especially because she’s a legend, we should make fun of her. In fact, it’s in bad taste to make fun of someone who’s less powerful.” ALSO READ: Tanmay Bhat and All India Bakchod can stay away from cricket

It seems like this new comedian has taken things way too far with this video and trying to gain publicity out of this controversy. He backs Tanmay by saying that he should not be targeted and there are other important issues that need to be raised. He criticises Indian media and people saying that this outrage can be expected from a country who has Caste system. 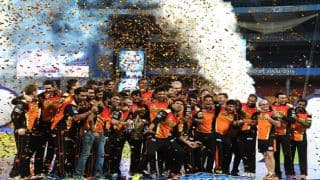