Cheteshwar Pujara is a Test mainstay but has not been able to cement a place in India's limited-overs setup.

Explaining the logic behind Cheteshwar Pujara not included in the A-plus category of BCCI‘s annual contract, an official said the top bracket is reserved for those players who are performing in at least two formats.

Pujara is a Test mainstay but has not been able to cement a place in India‘s limited-overs setup. Since making his international debut in 2010, the Saurashtra batsman has played 68 Tests, averaging 51.18 for his 5426 runs.

However, in the same time period, the 31-year-old has played just five ODIs. On Thursday in the list of annual contracts, Pujara has been kept in Grade A category.

“Pujara did well in Australia but A-plus category is only for those who are excelling in at least two if not three formats. Pujara is only playing one format. Similarly Ishant Sharma plays one format and is in A category,” a BCCI official was quoted as saying by PTI.

Three players have been given the lucrative A-plus category contract that include captain Virat Kohli, Rohit Sharma and Jasprit Bumrah. The trio will earn INR 7 crore. 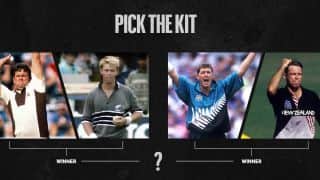 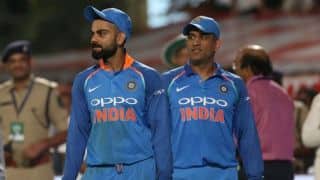