Shane Warne is disappointed at the failures of Shaun Marsh and Mitchell Marsh in Test cricket saying they have not repaid the faith Australian system has put in them.

Spin legend Shane Warne is disappointed at the failures of Shaun Marsh and Mitchell Marsh in Test cricket saying they have not repaid the faith Australian system has put in them.

Warne’s comments are not unwarranted as the recent statistics reveal the woeful form of Marsh brothers. In the ongoing Test series against Pakistan in the UAE, Shaun has scored 14 runs across four innings including a duck while Mitchell has 25 runs in three innings including a score of zero.

Warne took to Twitter to post his Test XI asking his followers to have their say on his selection. Initially, he left out current captain Tim Paine from the team but later posted a ‘take 2’. Aaron Finch, who made his Test debut last week, is his captain with the likes of Matt Renshaw, Glenn Maxwell and allrounder Marcus Stoinis making the cut.

“It s not good at the moment … when you lose two of your best batsman in Steve Smith and David Warner, you need people to step up,” Warne told SEN Breakfast. “I think Usman Khawaja has stepped up, I think Aaron Finch is a fantastic selection and has really stepped up, but we need the Marsh brothers.”

He further added, “The Australian system has invested a lot of time, money and effort into those guys, and at the moment, they just haven t done it. Shaun Marsh is 35 years of age and not quite doing it, he is too inconsistent, he is on a bad patch of form. Mitchell Marsh averages 26 or something in Test cricket, and his last 10 innings have been really ordinary.”

Warne, Test cricket’s second most successful bowler, reckons the the current state of Australia cricket means any upcoming youngster who ends up performing in domestic cricket has a bright chance to represent the national side.

“I think if you want to play cricket for Australia and you re a young batsman at the moment in the country, then just grab every single opportunity you can and you could find yourself playing for Australia very quickly,” Warne said.

“I m just looking for some young players to put their hands up and say, I want to play , and find some form, whether it be in the JLT Cup, whether it be Shield cricket, just find form and just get on a bit of a run and you could find yourself in the side. Anyone that has a good summer playing Shield cricket could find themselves playing in a World Cup and Ashes next year. It s a huge year for Australian cricket.” 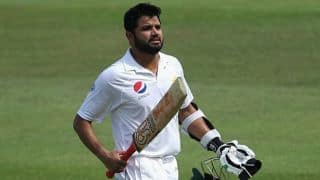 It was disappointing, funny and shocking all at the same time, says Azhar Ali on bizarre run-out 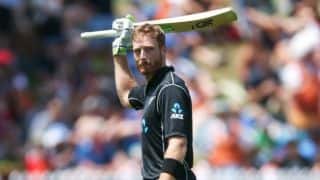 Injured Martin Guptill out of New Zealand's tour of the UAE