Steven Smith was rested for the T20I tri-series involving England and New Zealand while David Warner filled his boots of captaincy.

Steven Smith was rested for the T20I tri-series involving England, Australia and New Zealand, while David Warner filled his boots. Australia after winning the Ashes 4-0, faced defeat in the ODI series. Warner, who took on captaincy in the shortest format of the game led his side to victory defeating New Zealand in the final. Australia, thus climbed up to the No. 2 spot in ICC T20I ranking with the win. Aaron Finch being one of the senior player in the side revealed that Warner is calmer and relaxed as a captain compared to Smith. He also added the fact about Warner’s trust in bowlers and senior players which played an important role.

Davey s (David Warner)obviously very relaxed as a player and as a captain he s very relaxed Finch told news.com.au.

He lets the players stick to their plans and depending on how their plans are going you either change it or just execute your skill better. David was very relaxed, he gave a lot of responsibility to the bowlers in particular, put a lot of trust in the senior guys in the field to change their angles here and there and it was great. Davey s played a lot for Australia now and I think he really relishes the opportunity when he gets to captain the side so it was great fun.

Smith on the other hand is very emotional and expressive as a captain. Finch later added saying both the ways are different and nothing is right or wrong in it.

Both styles are very right

Steve s obviously an emotional guy who wears his heart on his sleeve. You know exactly how he s thinking by his body language whereas things can be going pear shaped and Davey s pretty cool and calm, Finch said.

Both styles are very right as well but they re just different styles. Neither of them are right or wrong. That s probably the biggest difference is Davey doesn t show his emotions as much as Steve, he concluded. 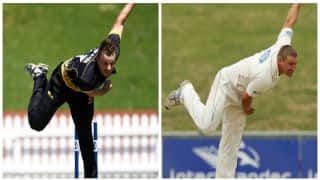 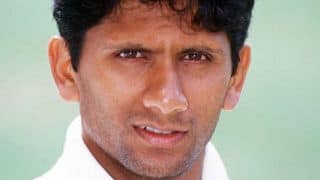