Australia comprehensively beat England by six wickets to go 1-0 up in the series.

Australia comprehensively beat England by six wickets to go 1-0 up in the first of the five-match One-Day International (ODI) series played at the Melbourne Cricket Ground (MCG).

England captain Alastair Cook won the toss and elected to bat first on a friendly batting wicket. Pacer Clint McKay’s fine performance earlier in the first innings meant that England were unable to score freely for the most part.

Zimababwe-born Gary Ballance, playing in only his second ODI match, held the innings together, along with a fine half-century from England’s ODI specialist Eoin Morgan. They resurrected England’s chances although both the batsmen failed to convert their starts into big scores.

Morgan made 50 and Ballance holed out for 79. Despite keeper Jos Buttler slamming the ball to all corners towards the end, all the Australian bowlers had done their bit in restricting England to 269 for seven in 50 overs.

Australian run chase started majestically with the big hitting openers Aaron Finch and David Warner calmly negotiating Boyd Rankin and co. in the early overs and going for the boundary whenever the opportunity was presented.

Rankin in particular was treated with complete disdain and England’s shining light during the Ashes, Ben Stokes also went for plenty. At one point, the home team looked set to chase the target without losing a wicket.

With England close to throwing in the towel, Joe Root’s history with David Warner continued when the southpaw skied the ball to long-off to Ben Stokes’s safe hands for a measured 65. The pair had put on 158 for the first wicket. England looked like coming back in the game when Chris Jordan immediately removed Shane Watson for a duck.

The calm head of Michael Clarke, however steered the Aussies to safety with a silky 43 with Finch still going strong at the other end. The Australian opener brought up a well-deserved century but couldn’t see them but was unable to see Australia through after Stokes got rid of him.

George Bailey and Glenn Maxwell however saw the Aussies through without the loss of further wickets with England’s nightmare down under rolling on.

Man of the Match: Aaron Finch 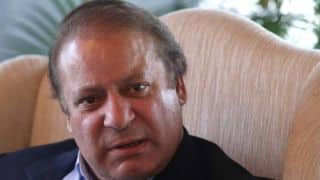 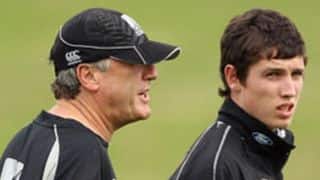